Plant a tree in memory of Pete
An environmentally-friendly option 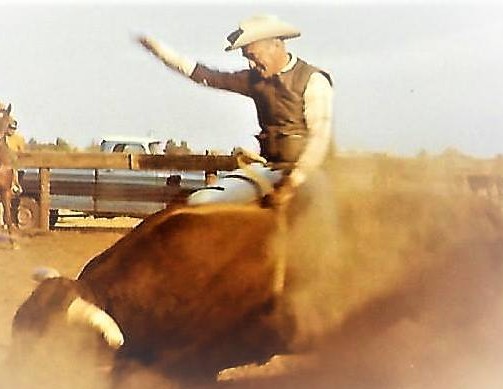 On Tuesday, February 23, 2021, Pete Owen, devoted husband and father of five children, passed away at the age of 85. Pete was Born on April 23, 1935 in Dover-Foxcroft, Maine to Foster and May Owen.

He was a Rodeo Stock Contractor and was the first to bring Professional Rodeo to Salina and Richfield, UT. He was a horse trader and drove truck for many years. Always grateful to be working hard, he returned to work at 73.

He also loved the bible and took courses to expand his knowledge of the Word and grow closer to His Lord and Savior, Jesus Christ.

He was proud to be an American. It was an honor to fight for his country but was glad when his time was done so he could get on with his passion for riding bulls. At one time, someone informed him that he was awfully close to becoming World Champion. This came as a surprise to him because for him it was about doing what he loved, not earning any titles.

He enjoyed a good cup of coffee especially when accompanied by friends, new or old. His final words were, "my horse is saddled". He had a great sense of humor, a vivid imagination, and was always armed with a story. While his stories were true, they were often crazy enough to seem unbelievable, but could always be confirmed by someone who lived through it with him. Make no mistake, he was a rare sort of character that would get one over on you when he could. All in fun, of course!

Of all the joys life brought him, none could top his love for Jesus and our Momma.

Pete was preceded in death by his parents, Foster and May, his brother, Bud, his wife, Barbara, and sons, James Kelly and Glen.

He is survived by his sister, Sue, his children, Dani, Wesley, and Haley, his grandchildren, Zachary (Kyera), Lucas, Erika (TJ), Dusty, Bo, Jackson, and Liberty, and his great grandchildren, Ezekiel, Kayme, Maciaih, Radical, Hazel, and Elliot.

Plant a tree in memory of Pete by clicking here.
To send flowers to Pete's family, please visit our floral store.

Plant a tree in memory of Pete
An environmentally-friendly option

Plant a tree in memory of Pete

1 tree planted in memory of Pete

A Memorial Tree was planted for Pete Owen

Plant a tree in memory of Pete