Plant a tree in memory of Wallace
An environmentally-friendly option 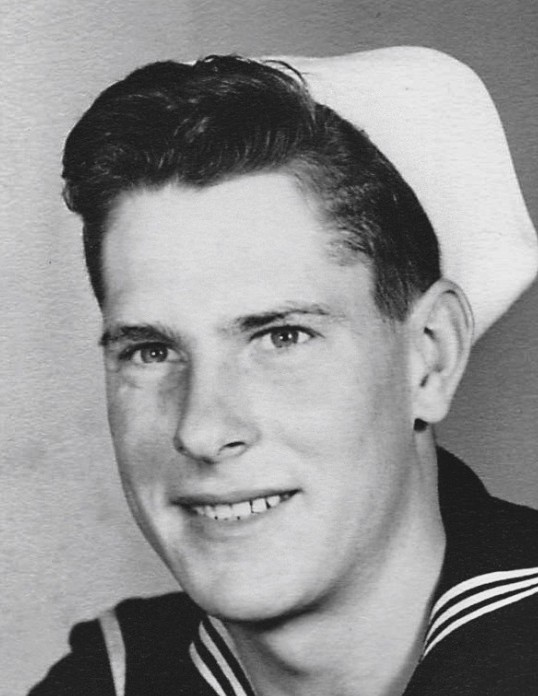 On Tuesday, April 6, 2021, Wallace Vincent Donaldson, loving husband, father and grandfather, passed away at the age of 94. Wally was born on March 13, 1927 in Eureka, Utah to Archibald and Vera Donaldson. He was the youngest of four children.

His father passed away when he was three and the family moved to Salt Lake near Liberty Park. He enlisted in the Navy the day he turned 17. He saw action in the Pacific theater during World War II. While in the Navy, he won the golden gloves as a boxer and would later turn pro. He was one of the divers who helped set the first underwater atomic bomb test at Bikini Atoll. He returned home after the war and attended the University of Utah. Wally was an avid University of Utah fan. He founded his stone masonry business in 1947 and named it Ute Stone. The U honored him as one of its super fans. He retired from stone masonry when he broke his hip, he was 87 years old. His skill as a stone mason can be seen throughout the Salt Lake Area.

Wally was always generous with his time to help others. He helped found Ute Conference Football. He also coached Western Boys Baseball Association and took his team to the WBBA World Series. He was scoutmaster for 25 years and the Boy Scouts of America honored him with the Silver Beaver Award in 2016. He also coached boxing.

Wally loved to fish and was a master angler. He began fishing at Liberty Park, and this love to fish continued throughout his life. He learned to “read” a stream from his father-in-law, Leonard. He always had a fishing pole in his truck and would spend a few hours fishing whenever he could fit it in. He always caught fish, even when those around him couldn’t get a bite. This uncanny ability to get his limit convinced his family that he could talk to the fish.

Wally was a great friend to others. He took care of his sisters-in-law and their children after they were left single. Before his accident, when he hurt his hip, he would collect food for the homeless and less fortunate every week.

Wally was a member of The Church of Jesus Christ of Latter-day Saints. Wally and his great friend, Guido Schroepfer, devoted a great deal of time and resources to care for the widows in his home ward. In his later years, he loved listening to the Choir at Temple Square on Sunday mornings.

Wally was preceded in death by his first wife Gwen and his son Dave. He is survived by his current wife Penny who helped him in his later years. He is also survived by his son Lee and daughter Sheree. He adopted Penny’s family as his own. He has many grandchildren and great grandchildren.

Plant a tree in memory of Wallace by clicking here.
To send flowers to Wallace's family, please visit our floral store.

Plant a tree in memory of Wallace
An environmentally-friendly option

Plant a tree in memory of Wallace

2 trees planted in memory of Wallace

We loved Uncle Wally. He was always there for us, taking us camping & fishing at Soapstone and running the rapids at Jackson Hole. What a great example he was to us all. Love, Rick and Sue
Sue Hyer and Rich Sutherland

A Memorial Tree was ordered in memory of Wallace Vincent Donaldson by Sue Hyer and Rich Sutherland .  Plant a Tree

A Memorial Tree was planted for Wallace Vincent Donaldson

Plant a tree in memory of Wallace