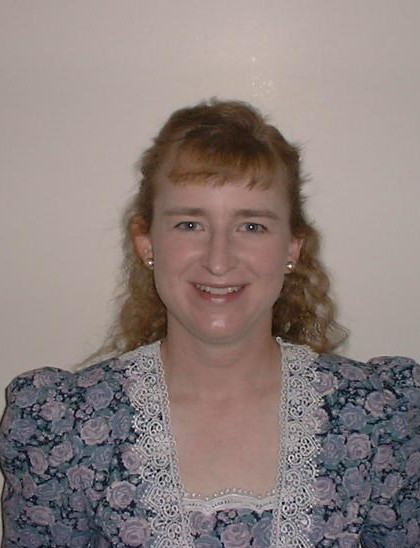 In Loving Memory. Adrienne Catherine Koran Sowards passed away on March 28, 2017 after a long and valiant battle with cancer. Born in Denver, Colorado on July 31, 1964 to Alexander and Jean Clark Koran. Adrienne was raised in Boulder, Colorado and was always proud to be a Colorado native. She graduated from Fairview High School in 1982 and then graduated from BYU in 1986 with a Bachelor’s Degree in Communications. In 1992 she began working for the Bureau of Criminal Identification (BCI) and worked there for 22 years. Adrienne met Sam in 1995 and they married on May 13, 1999 in Salt Lake City. Marriage later solemnized in the Vernal Temple on November 3, 2001.

Adrienne personified the saying “Still waters run deep”. Anyone who knew her knew she was passionate about her pets, Denver Broncos, chocolate, BYU Cougars, photography, Family History, music (especially David Cook and Bruce Springsteen), penguins and reading. She had a love for British comedies and many quirky shows. It was very difficult (mostly impossible) to beat her at Trivia games and although she was very reserved, she was quick to share her wicked sense of humor.

Adrienne will be missed dearly. She is survived by her husband Sam; her Aunt, Barbara Jordan (Pat); her brother, Allan; close friend, Shauna Jolly; and many other close friends. She was preceded in death by her parents, Alexander & Jean Koran, and in-laws Glade & Elizabeth Farley Sowards.

A special thanks to Quality Hospice-namely McKenzie, Tricia, Ruth and Charlotte- for their loving care in her last days. Also thanks to Utah Cancer Specialists, Dr. Xylina Gregg and Dr. Greg Miller.

Viewing will be held at 9 am on Monday, April 3rd at the Whitewood Ward-LDS Church, 3555 W 5620 S in Taylorsville, UT. Funeral service to follow at 10 am. Interment will be at the Vernal City Cemetery.

Condolences may be sent to the family at serenicare.com

“If there comes a day where we can’t be together, keep me in your heart. I’ll stay there forever.” -Winnie the Pooh

To order memorial trees or send flowers to the family in memory of Adrienne Catherine Sowards, please visit our flower store.