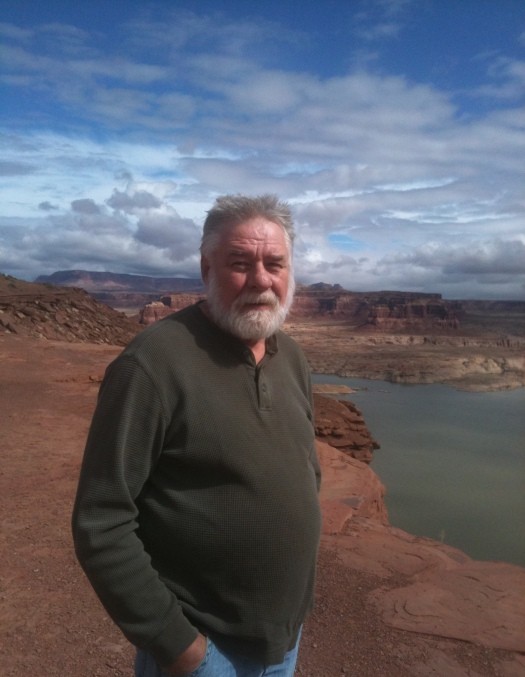 Born July 30, 1951, in Ogden Utah, the second of twelve children born to Roy and Erma
Montierth.

As a child, he drew realistic likenesses of family members and famous figures on the political
scene, his rural surroundings, and wildlife. He also enjoyed drawing caricatures. One of his
favorite pastimes as a kid was to draw “wanted posters” of friends that he played with in the
neighborhood.

As a boy, he enjoyed the out-of-doors, exploring, walking the railroad tracks and following
ditches, knowing where the fruit trees were and how to get at the fruit when it was perfect for
eating. He loved spending time with his Grandpa Montierth - riding horses, and fishing trips to
Wyoming. He did early-morning milking on his Grandma Stokes’s dairy farm - his bicycle was
his transport over the miles to her house.

Al was employed by Western Electric, where he experienced his highest satisfaction with work.
He became their “boy wonder” - the youngest employee to achieve Western’s highest technical
level - INDEX 5. He could often be found at the kitchen table, poring over technical drawings
from a Bell System Telephone central office in some faraway city, figuring out where the problem
was, and soon he’d grab his packed bag and fly out to get the system going again.

Al eventually moved to Salt Lake City where he worked for USWest, now CenturyLink, and
made a comfortable home with Anne Richards. His boyhood love of the natural world continued
throughout his life, and he and Anne enjoyed weekends together in Lava Hot Springs, time in
Bluff, Utah, and trips to the San Rafael Swell. A meticulous craftsman; he helped many family
members build and remodel homes, making their space more comfortable, incorporating artistic
and custom elements.

After retirement, Al’s interest in painting was rekindled, and he once again picked up the palette
knife and paintbrush and began oil painting, mostly landscapes. He painted in a style he called
Abstract Realism.

Al was passionate about his beliefs and always had a unique, big-picture perspective on life.
His witty, dry quips and the mischievous glint in his eye were disarming and entertaining. He
loved trading barbs and making people laugh with his impeccable timing and delivery. He dearly
loved his children and family. He was Grandpa Owl to 11 grandchildren and 2
great-grandchildren: Alycia, Jason (Heidi), Dustin, Ryan, Alex, Jessica, Dylan, Adrian, Madeline,
Micaela, Gabriel. Oakley and Samson.

Al was cremated, and we will honor him with a celebration of life at a later date.
To all those who have helped us through this difficult time, thank you for your love and support.

To order memorial trees or send flowers to the family in memory of Alan Glen Montierth, please visit our flower store.
Send a Sympathy Card