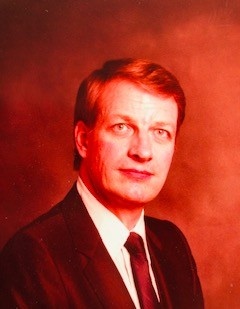 Albert liked problem solving, cutting a fresh Christmas tree with his children, camping out of doors, restoring family heirlooms, and serving in his church callings, including 14 years as a High Councilman and an ordinance worker in the Chicago LDS Temple. Albert met his wife and mother of his children, Verdie Delana Cox (maiden name Thomas) at a USO dance during his initial 6 years of service in the US Air Force where he became a B-52 Bomber Co-Pilot carrying nuclear ordinance during the post Korean War era. He was discharged in 1968, and many years later received a Medal of Honor for Distinguished Service.

During Albert's years in the Air force, he completed his Doctorate of Agricultural Engineering, after and upon which time he was honorably discharged from military service. Albert then became a Professor of Agricultural Engineering at Colorado State University in Fort Collins Colorado, USA. While living there in La Port and Fort Collins Colorado, Albert spent two years personally building a beautiful home for his family on Country Club Dr. Not long after moving into the home, however, there was a divorce. Albert remained for approximately one year in the home before leaving it to his former wife, now Verdie Delana Taggart, to take over the mortgage payments, which allowed Albert to move to the Beverly area of South Side Chicago where he began to rebuild his life. In the Chicago area, Albert obtained work as an Engineer at Union Carbide and later with Viskase Corporation where he worked until his retirement.

Albert had a gifted passion for Genealogy, doing research on the STORY family history for tens of thousands of descendants of the 1681 William Story and his wife Sarah Foster, which line through Sarah Foster is traceable back through Old King Cole, to the Mother Mary's uncle, Joseph of Arimathea, and to the Grand Father of the Mother Mary and Step-Father Joseph, of the Child Jesus the Christ, of the direct line of David, of the House of Israel via Ben Jesse of the House of Judah ben Jacob, ben Isacc, ben Abraham, back to Shem ben Noah, back through pre-flood Lamech, Methuselah, Enoch, Jared, Mahalaleel, Enos, Canaan, Seth, and finally to Adam and Eve our first mortal parents, made of God the Father and Mother Earth. This love of genealogy Albert passed on to his first born son Stephen Thomas Story who worked with his 2nd wife Lora Lee Story (maiden name Valentine) through LDS Family History online sources to connect the genealogy work that his Father had done to the end of the 15th Century, to then be able to trace two complete lines all the way back to their origins.

George Story remained single after the divorce between he and his wife in 1970, and though he remained single thereafter and was accidentally struck dead in the street, early at age 87, his life was not in vain, nor unsuccessful. The memory of all the good he did in mortality, which has affected countless others of the poor and the needy beyond measure, on both sides of the veil between life and death, shall always be remembered with love and gratitude. Thank you, Albert George Story, for your contribution to the eternal family of God. We will miss your quiet, but steady influence for good.

To order memorial trees or send flowers to the family in memory of Albert George Story, please visit our flower store.