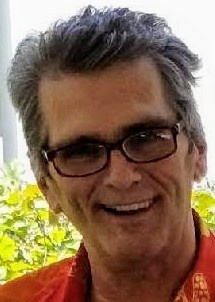 Andy Eugene Osborne finished his journey here on earth on January 9, 2021 which is seven years and one day after his son died.

Andy was born on September 25, 1958 in Los Angeles, California to Roby Lee and Janet McComb Osborne and he grew up in Fresno. He has lived in the Salt Lake Valley for about 21 years.

Andy's favorite treats were Dr Pepper which he called the "Nectar of the Gods" and Mike & Ikes candy. He had a major sweet tooth. Just give him candy and no one gets hurt!

Andy married Fran Dickinson on Easter Sunday in Yosemite Park on April 6, 1980. They were married for 10 years. Andy had 4 step children and he and Fran had one son together on September 22, 1981 named Eric David Osborne.

Unfortunately Eric was murdered on January 8, 2014 at the young age of 32 and Andy sorely missed him.

Andy is survived by his Brother, David Osborne in Fresno California and a Sister and other family who I do not know. Andy was preceded in death by his Dad, Roby Lee; his Mom, Janet; and his son, Eric.

Andy will be cremated after an unsuccessful search of his brother, David and he will have a Memorial Service with his friends at Woodland Park Care Center where he lived for 4 years and who he calls his "Big Happy Family" on Friday, February 5, 2021.  The Memorial Service will be from 1:00 PM until 2:00 PM. A time for visiting and sharing memories will be from 2:00 PM until 4:30 PM. Please wear a mask and practice Social Distancing. Because for Covid restrictions people who still either work or live here will be here in person all others will visit us on zoom. You can join the Zoom meeting by clicking on the "Click here to access video" button below.

I know that some people traditionally wear black at a funeral but please wear cheerful colors because this Memorial Service is a celebration of Andy's life.

We all came from a place of light and Andy returned there. Death is not the end of Andy's existence, he just moved on to his next chapter of life.

Thank you to all who took care of Andy at Woodland Park Care Center, Avalon Valley Care Center and the University of Utah Medical ICU.

Andy used to volunteer at Alliance House and he often used the resources at Crossroads Urban Center. Instead of flowers if you could find out how you can support these local organizations it would be greatly appreciated.

God be with you until we meet again Andy! I hope you are having a great time in heaven socializing with your family and friends! :-) <3 XOX

To order memorial trees or send flowers to the family in memory of Andy Eugene Osborne, please visit our flower store.