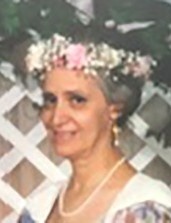 Anita Rae Nielsen was the second child of the five in the Burton K and Norma Nielsen family  She died peacefully at The University of Utah Medical Center in Salt Lake City, on April 4, 2020, a victim of the coronavirus that is sweeping the United States.

She was also non-conforming – instead of earning a college degree like her siblings, she became a stewardess with Alaskan Airlines and traveled the country.  Even so, she did gravitate towards institutions of higher education, eventually finding employment at both the University of Utah and the University of Washington.

In her middle age, Anita began to be beset by an obsessive-compulsive disorder (OCD), which got worse as she grew older and became quite debilitating. Nevertheless, she did find companionship for many years with Robert Schwartz, whom she married in 1999 near Provo, Utah, where the two lived together in a nursing home.  Later, after the marriage dissolved, she found companionship and pleasure with a series of loyal house cats.

Anita also continued to make music however and whenever she could.  Her favorite gift to her siblings was playing a song for them on the recorder over  the phone on their birthdays.  Anita was a devoted member of the Latter-day Saints Church, especially in her later years, and in many ways was looking forward to life after death.

To order memorial trees or send flowers to the family in memory of Anita Rae Nielsen, please visit our flower store.