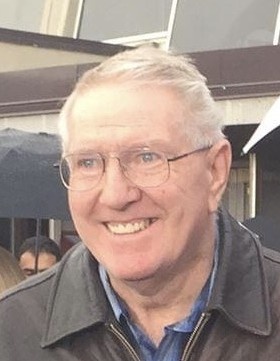 Arthur Eugene (Gene) Burton, 78, passed away peacefully on April 17th, 2020, in his home in Holladay, Utah. By his side was his wife and soulmate Maudeen. They were going to celebrate their 58th wedding anniversary in 9 days.

Gene was born in Salida, Colorado on December 31st, 1941, and grew up in Alma, Colorado. As a teenager he moved with his father to Southeastern Utah and graduated from Moab High School. He attended the College of Eastern Utah in Price, Utah on an art scholarship, and there met his sweetheart, Maudeen Warren.

Gene was baptized into the Church of Jesus Christ of Latter-Day Saints and they were married in the Manti Utah Temple on April 28th, 1962. Gene loved serving in the church and faithfully fulfilled countless callings, including as a high councilor in the Wilford Stake.

Those who knew Gene understood that he was a man of Integrity. There was a right way to accomplish things, and that way rarely included shortcuts. Gene often wrote and shared stories about the values and virtues he gained during his formative years growing up in the small town of Alma, Colorado. Alma is the highest incorporated municipality in the United States with an elevation of 10,578 feet. Gene loved Alma and cherished the memories he and his family had there.

After Gene and Maudeen married they moved to Salt Lake City, where Gene was able to find employment as a commercial painter. Gene took pride in his work and had a long career painting mining and oil machinery at Boart Longyear. Gene worked long hours to provide for his family, but he never complained. He quietly sacrificed and put others’ needs before his own. After a long day of work he always had time for his children, and he made each of them feel like they were the most important person in the world.

Gene was passionate about bringing light and laughter to everyone he met. Sometimes that could be with a simple joke, while other times it included building a snow godzilla, painting Christmas murals on the front window, and even impersonating an elephant. Gene loved to make people laugh, and he used his incredible talents and creativity to do so.

Gene is survived by his wife and companion, Maudeen Warren Burton, their four children, Barbara Jean Burton, Kenneth Eugene Burton, Jodi Lyn (Todd) Watson, and Brian Erik Burton Gene. He is also survived by 9 grandchildren and 10 great grandchildren. He was preceded in death by his parents Mildred Cleo Kees and John Edgar Burton, his sisters Mildred and Emily, and his brothers Jack and Eddy.

Because of the landscape of Covid-19, a small graveside service will be held at Elysian Gardens Cemetery.

To order memorial trees or send flowers to the family in memory of Arthur Eugene Burton, please visit our flower store.