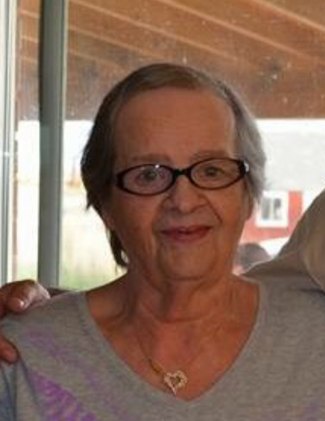 Barbra Alice Keyworth passed away late Wednesday, September 28th at 77 years old. Born August 27th, 1939 in Newark New Jersey, she was one of seven children.
In 1963 she began working at Nimro Paper products. There she met the love of her life in the form of her “young punk” new boss. George and Barbra were married the following year on September 26th in Linden NJ. In 1986 they moved to Brownsboro Alabama with their two sons, George Jr. and Mark. The family finally settled down in Layton, Utah in early 1990.
Barbra was a caregiver throughout her life. She helped take care of her siblings, babysat the children of family and friends, stayed home to raise her boys, looked after her grandchildren frequently, and passed on her motherly wisdom to each new mother in the family. She was always there for support and comfort when life got tough for those she loved.
Barbra loved her family beyond words and enjoyed spending time with them, keeping in touch with everyone, and watching each new generation grow.
She was preceded in death by her parents: Lula (Kooken) and Frank Clickner; her brother, Frank Clickner Jr.; and her stepdaughter, Doreen (Keyworth) Kriss.
Barbra’s memory is carried on by: her husband, George Keyworth Sr.; her sons George Jr. (Julie) and Mark (Brenda); her twin sister, Margrett Hariott; sisters, Ruth McDermott and Nancy Wassmer; her brothers, Aurthur Hildreth and Benjamin (John) Clickner; her grandchildren: Roxann Conger (Jody), Kaylee, Clay, Brad, Justin, Bella, Willow, Winter, and Merlin Keyworth; her step-grandchildren: Karlyn Mathnay, Joe Besana, and Amanda and Angela Lovell; six great grandchildren; a great-great grandson; and many nieces and nephews. She will be greatly missed by all those who knew her.

To order memorial trees or send flowers to the family in memory of Barbara Alice Keyworth, please visit our flower store.