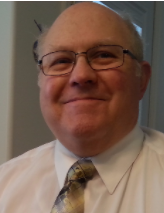 Barry Alvin Jenkins, 66, passed suddenly from time into eternity and into the arms of his Savior on Thursday night, May 25th 2017. Barry passed at his home instantly due to cardiac arrest.

Barry was born in Pocatello, Idaho on March 4, 1951 to Vernon Duane Jenkins and Pauline Lily Brown. Shortly thereafter, the family moved Idaho Falls, Idaho after his father graduated from pharmacy school. They only stayed there about a year, then moved to Salt Lake City, Utah as a family, which by now included Barry’s younger sister, Pam. In 1953, the family moved to Twin Falls, Idaho. They moved to Idaho Falls again in 1958, only stayed a year and moved to Boise, Idaho in 1958. Other than the time spent in California on his mission, and the years he spent in Provo, Utah at Brigham Young University, Barry lived in Boise until 2007, when he moved to Syracuse, Utah where he was living at the time of his passing.

Barry was an energetic, imaginative child who enjoyed making up games and participating in sports. His favorite activities during childhood were getting together with cousins (especially in Twin Falls) and boating in McCall, Idaho with family and friends. When Barry was 6 years old, he was diagnosed with type 1 diabetes. His family often said they really celebrated each birthday after his 40th because no one expected him to live beyond that. He was surprisingly healthy, including his heart. God just needed him more than we did.

As a teenager, Barry enjoyed many camp-outs with friends. He had great friends who frequently had to force anything that had sugar in it, including toothpaste, into Barry to keep his blood sugar levels at a point where Barry could function. Barry graduated from Capitol High School in 1969. He attended Boise State University briefly before serving a mission.

Barry served 2years in the California Central Mission for the Church of Jesus Christ of Latter-day Saints from 1970 to 1972. During his mission, Barry served as a District Leader’s companion, a Zone Leader’s companion and was Secretary to the Mission President for 6 ½ months. After his mission, Barry attended Brigham Young University where he earned a bachelor’s degree in accounting, eventually going on to become a CPA.

Barry married Adell Hutson on August 20th, 1976. They had five children and were divorced in 1993. Barry married Debiann (Deb) June Barnett on June 30, 1994 and became a great step-father to her 3 children. They were sealed in the Boise, Idaho temple on May 17, 1997. Deb and Barry adored each other. Not once in 23 years did they not kiss each other good morning to start the day unless they were apart. Barry and Deb had a special bond. One friend wrote a sweet note to Deb saying, “When Barry spoke of you [Deb], it was a powerful witness of the absolute love and devotion he had for you, and the two of you had for each other. The love you two exemplified the meaning of true love and deep devotion. This sweetness is imprinted in my heart.”

Professionally, Barry was a Certified Public Accountant. Barry’s first job out of college was working as an accountant for a roofing company. He worked for an accounting firm for a short period of time in Boise and assisted his father with finances at his father’s pharmacy for several years. Much of Barry’s career was spent working for the Ada County Motor Vehicle Department. Once he left there, he worked in the tech support field for approximately 6 years, and then in 2007 went to work as a Senior Accountant for the Corporation of the Presiding Bishopric of the Church of Jesus Christ of Latter-day Saints, where he was working at the time of his death.

Barry was an active member of the Church of Jesus Christ of Latter-day Saints and served in many positions including: Varsity Coach and other positions in the Scouting program, Elders’ Quorum President, High Priest Group Leader, Ward Clerk, and probably his most recent favorites, Nursery Leader and Stake Sports Director, a calling he held for 2 ½ years with his wife, Deb.

Barry was a “kid magnet.” Children of all ages adored Barry. Barry loved the Scouts under his direction. He especially loved to take them camping, and would even sometimes take his daughter, who was several years younger than the scouts.

Throughout Barry’s life, he enjoyed participating in several sports, especially basketball, waterskiing, fishing, and golf. Since having grandchildren, Barry’s very favorite activities centered on time spent with his wife and the grandchildren. He loved to have the grandchildren come to Utah without their parents so he and Deb could have them all to themselves. Barry loved playing games, having gospel discussions, camping, and taking the grandchildren to special places only found in Utah.

Barry will always be remembered for his humor and teasing nature, but even more so for the genuine love he had for others. He had a gift for being able to tell people he loved them and whoever he told knew that Barry was sincere about it. One person put it this way, “I will miss Barry pausing and meaningfully telling me ‘Hey we love you guys’ whenever he would see us. I could always feel the Spirit around him and would have to hold back tears when he would say that.” His love for others was natural, honest, and real.

Arrangements for Barry’s funeral are being made through Serenicare Funeral Home in Ogden, Utah. Services will be held on Monday, June 5th at the LDS Legacy Park Stake Center located at 2024 S 1475 W in Syracuse, Utah. A viewing will be held from 9:30 -10:30 AM, with funeral services at 11:00. Burial at the Syracuse city cemetery will immediately follow the funeral.

To order memorial trees or send flowers to the family in memory of Barry Alvin Jenkins, please visit our flower store.
Send a Sympathy Card