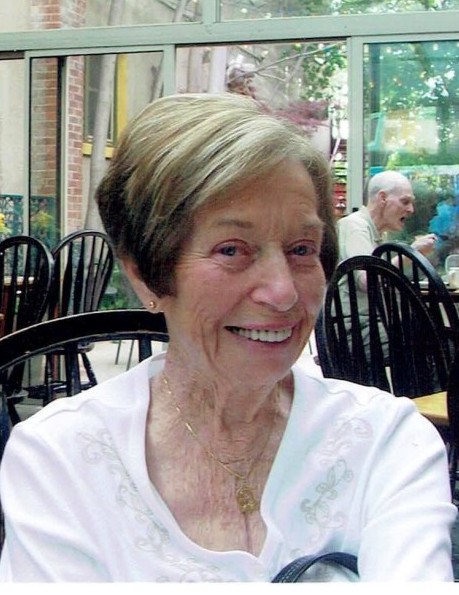 Beverly (Bev) began her incredible journey here on earth on August 3, 1930, in the city of Ogden, Utah. She passed away peacefully on March 22, 2018. Bev was the fourth of five children and an Ogden High School graduate. After graduation, she married Boyd Jones and together they had six children. They later divorced.

Forty-seven years ago, she married the love of her life, Richard Hooper, in the LDS temple. Together, they took on many adventures and lived in multiple states, including Utah, Arizona, California, and Oregon. One of her most cherished experiences while living in Oregon and California was taking scenic drives along the Pacific Coast Highway. Other treasured memories include her Sunday phone calls to her beloved children and grandchildren, in which she adored.

Throughout the years, she took on various positions. Some of her favorite roles included working at a modeling agency in Salt Lake City, and also as a nursing assistant at Ogden Regional and McKay Dee Hospital.

This woman had a heart of gold! One of her most admirable traits was her ability to put herself in other’s shoes, and her willingness to always lend the shirt off her back to those in need, despite her personal circumstances.

Bev was granted with the gift of gab and an extremely infectious smile. She was a social butterfly, who never left a room without a new friend in hand. Music encompassed almost every aspect of her life. Wherever she went, you always knew there would be a tune playing nearby.

Richard and Bev were huge advocates for alternative medicine, always eager to find out and implement new remedies to improve their lifestyle. Later in life, they adopted three animals who eventually turned into their fur-children, Mika (dog), Pierre (cat), and Babbet (cat).

A special thanks to the staff at Heritage Park Care Center, Mount Ogden Care Center, hospice, and SereniCare Funeral Home for providing such great care and compassion towards Beverly and Richard in the last year of her life.

To order memorial trees or send flowers to the family in memory of Beverly Hooper, please visit our flower store.
Send a Sympathy Card