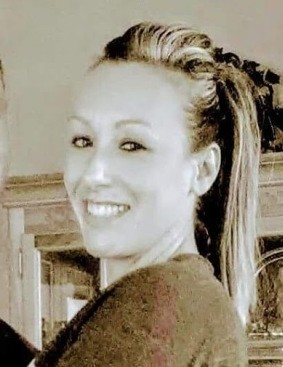 Brandie LeighAnn Brewer 33, of Ogden Utah passed away July 11, 2017 of accidental heroin overdose after a long brave battle with addiction. She is survived by the love of her life Jared Watring, who she loved with all of her heart. Daughter of Dianne Taylor and Brad Brewer; Mother of Brax and Bode Beckstead; Granddaughter of Johnny and Valoy Hawes and the late Clair N Taylor and LeighAnn Halls; Sister of Kadie Deanda, Jared Gross (Chelsea Call) and Jacob Gross. Also survived by many aunts, uncles and cousins.

Brandie never wanted to be defined only by her addiction and mistakes, she was so much more than that. She made it clear if she was to ever pass as a result of it, she wanted people to know the truth with the hope that honesty about her death could help break the stigma about addicts and get people talking about the problem of addiction that is taking away so many young lives. Brandie was a beautiful, intelligent child of the suburbs who fell into its grip. It can happen to anyone. She was feisty and outspoken but would do anything for anyone and always lit up the room with her smile and sense of humor, even while struggling with her demons. She loved her family deeply, and her boys were the greatest accomplishment and gift of her life.

Brandie believed strongly in second chances, maybe because she craved another chance for herself and other addicts. Brandie had just started to donate her life to cancer awareness from which the love of her life is battling. That was Brandie: this amazing woman should be remembered for acts like this and not her mistakes. Brandie believed that hiding her cause of death would help no one, but if her story could help just one addict push even harder for another day of sobriety, encourage an active user to choose recovery or shine a light on this horrible epidemic, then it would be worth coming out of the shadows. She was very open about her struggles and now is not the time to change that. This strong attitude with a fierce drive and loving beautiful heart that wanted to help other addicts even in death is one of the many things that she can be defined by, not her addiction.

Brandie wanted to live. She had dreams of a future with Jared and her children by her side and fought hard all the way until the end. Addiction doesn't discriminate, it will take hold and destroy anyone in its path, including the families and people who love them. Addiction hides in the faces of everyday people all around us. Brandie isn't just another statistic or just ‘another one gone too soon,’ she was a great heart with a bright future and a gift that the world lost and can never be replaced. So the best way to honor Brandie, is for people who read this or knew her to think twice before you judge an addict.OR USE!

To order memorial trees or send flowers to the family in memory of Brandie LeighAnn Brewer, please visit our flower store.
Send a Sympathy Card