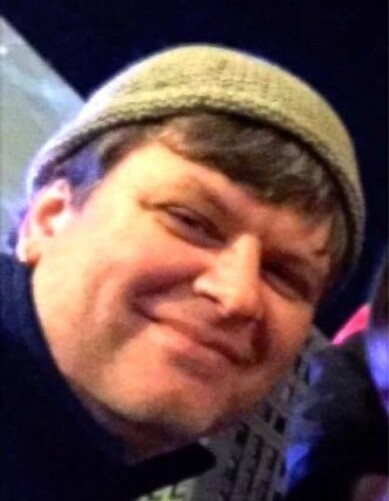 Calvin Daniel “Danny” Tolman passed away peacefully in his sleep of heart failure in Salt Lake City, Utah on July 5, 2020 at the age of 52. He was born to Calvin D. and Penelope Barrett Tolman on September 28, 1967. He was preceded in death by his mother Penny; Alicia Fox, the mother of his sons; his sister, Sheree England; his brother-in-law, Wesley England; his grandparents; and his uncle Clark Barrett. He is survived by his sons, Dorian and Elek; his best friend and love, Tracy Golden; his parents, Calvin D. and Nancy Tolman; his siblings, David, Glen, Jonathan, Becky (Jon) Fullmer; eight nieces and nephews; uncle Scott (Jody) Barrett; aunt Candyce (Nathan) Barrett Nowers; and Alicia’s parents, Jim and Donna Fox.

Calvin was indomitable. Invincible. Insatiable. The sheer posititvity he put out could light the city. He was known for giving all he could: to his parents, his sons, his friends and neighbors. He didn't give a second thought to running to the scene of an accident and administering CPR, or opening his house to anyone in need, or sitting by the bedside of dying friends and relatives for hours. He was a hero who laughed big, loved big, and helped big. An artist with an entirely unique way of seeing the world. Calvin spent his life pursuing his real work: cracking the code to create a conscious machine. The work left unfinished, but an audacious start for all who want to join the effort. But he will also forever be remembered as an inspiration to all who crossed his path. He saw the artist in everyone, mentored countless kids, handed out homemade jam, and kept the memory of Alicia Fox alive. He was Joyous. Utah has lost a force of nature and tremendous supporter of local art. As Calvin would say, Ciao!

To order memorial trees or send flowers to the family in memory of Calvin Daniel Tolman, please visit our flower store.