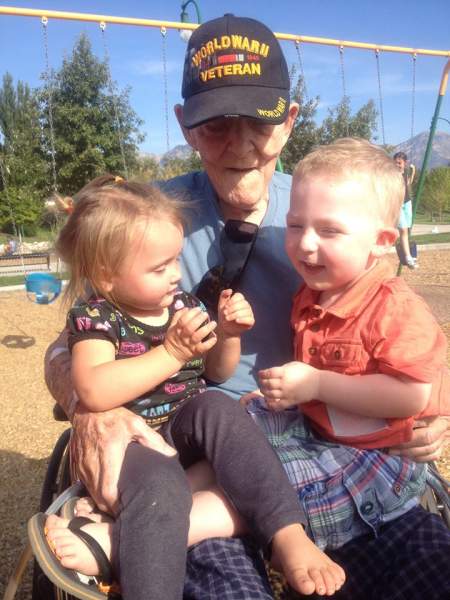 Cecil Arvin Wormell, 93, passed away Thursday, August 22nd 2013 of natural causes, at the Spanish Fork Nursing and Rehab Center in Utah. He was born to James Edwin Wormell and Ruth Ann Brown in Jumbo, Ohio on August 3rd 1920. He served in the Army for several years, married the love of his life, Marie Annette Brower on October 26th 1941. They celebrated 60 years of marriage before Anne passed on November 26th 2000. He was creative with Commercial Art and Carpentry. These served him well when providing for his family. He was an active member of the Church of Jesus Christ of Latter Day Saints. He was baptized on May 26th 1951 and sealed to his family in the Logan Temple in 1954.

His hobbies were traveling, photography and attending LDS Temples. He was loved for his sensitivity to nature and animals. He had a great sense of humor. He always thought family was important because he was an orphaned as a child.

To order memorial trees or send flowers to the family in memory of Cecil Arvin Wormell, please visit our flower store.