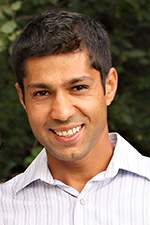 Our beloved husband, son and brother, Constantin “Alex” Headlee, 30, passed away peacefully in Phoenix, Arizona on December 19, 2015, surrounded by his loving family. Born on August 20, 1985, in Bucharest, Romania, at the age of nine, he joined his new loving parents Michael and Pamela Headlee. Constantin was married to his sweetheart, Leila Schultz on February 2, 2013 in the Palmyra, New York LDS Temple.

After attending Bloomfield Central School, Alex worked in the construction and Masonry trades. As an avid hunter and fisherman, he loved the outdoors. He loved anything with wheels, including cars, trucks motorcycles and dirt bikes – the faster the better! He was an active member of the Church of Jesus Christ of Latter-day Saints, called to serve in various positions.

Online condolences may be made to the family www.serenicare.com.

To order memorial trees or send flowers to the family in memory of Constantin "Alex" Headlee, please visit our flower store.