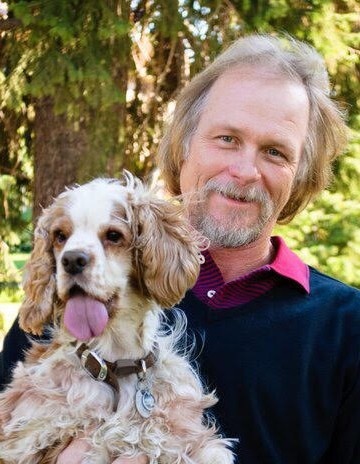 Dan Albert Tuckett was born in Payson, UT on March 17th, 1960, to Tom and Cary Kay Swain Tuckett. Dan grew up in South Salt Lake and graduated from Granite High School in 1978. Dan loved cars and spent many years on the radar of the Midvale police due to his creative driving and side pipes.

Dan met the love of his life, Vanessa Kidrick, in August of 1977; they were later married at St. Paul’s Episcopal Church in Salt Lake City. They spent the first years of their married life camping, travelling, and exploring together. In 1984, their first daughter was born; followed in 1987 by their second.

Dan was a Past Master Councilor of RW Moore Chapter, Utah Demolay, and received the honor of becoming a Chevalier. He was a Master Mason in Tintic Lodge (later St. Andrew's Lodge) and also served as an Associate Patron of Bethany Chapter #9, Order of the Eastern Star. A large portion of his time was spent as an adult volunteer for Job’s Daughters and he was a Past Associate Bethel Guardian for Bethel #7 in Salt Lake City. He was always willing to help out and could often be found manning the grill or helping wash dishes at any project. He would often tell people that that he was simply there for TLC, tote, lug and carry. Because of his time with Job’s Daughters, he would often joke that he had hundreds of daughters. Dan was very proud of his daughters’ accomplishments and was always willing to support them in whatever they did.

He was a skilled carpet installer, classic car fanatic, a die-hard University of Utah fan, animal lover, and loving husband and father.

Dan is survived by his wife of almost 40 years, Vanessa Tuckett, his daughter Sarah and son in law Cody Dunn, daughter Amanda, in-laws Ralph and Barbara Kidrick, sister-in-law and brother-in-law Valerie and Joe Rohret. Also survived by Vickie Tuckett, Rick and Marie Broadbent, Karen and Corey Carter, Amie and Andy Thompson, Chris and Ben Walke, Stephanie Cloward, Janell Johnson, and many nieces, nephews and cousins. He was preceded in death by his honorary Grandparents Richard and Imogene Hancock his Grandparents Frank and Adaleen Tuckett and father Tom Tuckett.

The family would like to thank the University of Utah Hospital Neurology team, Spring Creek Healthcare Center and Silverado Hospice for taking such wonderful care of Dan.

A celebration of life will be held on Saturday, April 4th, 2020 at the Salt Lake Masonic Temple from 3-6 pm. In true Dan fashion, we invite everyone to wear their best jeans, cowboy boots and Utes gear. In lieu of flowers, please consider donating to the Dan Tuckett Memorial Fund through Mountain America Credit Union.

To order memorial trees or send flowers to the family in memory of Dan Albert Tuckett, please visit our flower store.
Send a Sympathy Card