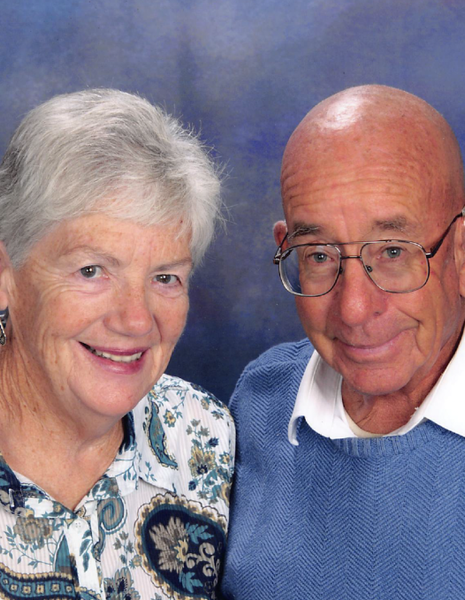 Darrel passed away peacefully on August 26, 2021.  He was born December 21, 1931 in Medford, Oregon. He grew up in logging camps and then worked at a logging camp during his early years. He later settled in Yreka, CA and was a delivery driver for CalGas, drove for Stage (a commuter bus line), ran his own yard business, and then later worked in the sawmill.

He married Joan MacWilliams in 1982 and they moved to Phoenix, Arizona until they retired to “full-time RV-ing”. They loved RVing and traveling throughout the western states. In 2011 they parked the RV and settled in Logan, UT. Darrel loved to fish, hunt, sing and play his harmonicas.

In 2002 Darrel’s life changed dramatically when at 70 years old he accepted Jesus as his Savior. While in the logging camps he had heard the gospel but felt that it wasn’t for him. As the result of numerous conversations, he realized his need for forgiveness and became a new creation in Christ. He loved to study the Bible together with Joan each day until she passed away in July 2018.

Darrel loved breakfast, especially Saturday morning’s men’s breakfast/Bible study and breakfast with his “old geezer’s club” on Thursday mornings. He enjoyed making brownies and brought them to every church potluck.

The family would like to thank Williamsburg Retirement and CNS Home Health & Hospice for their care of Darrel during his last few years.

In lieu of flowers, donations can be made to CNS Home health and Hospice.

To order memorial trees or send flowers to the family in memory of Darrel Winningham, please visit our flower store.