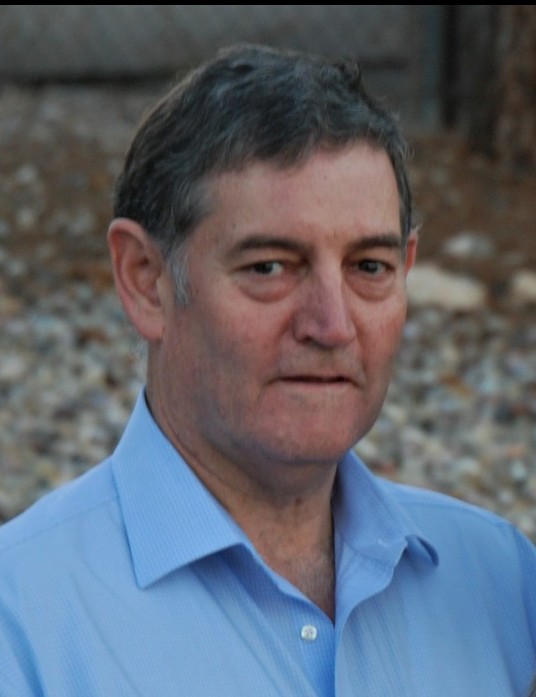 David Roger Hawley of Alpine, Utah, the friendly man with a big heart, who knew a joke for every situation, passed away Sunday, September 27, 2020 after a valiant battle with health complications. David was born June 3, 1956 to Roger Cannon Hawley and Zola Hall in Glendale, California.

He faithfully served a mission for the Church of Jesus Christ of Latter-day Saints in the Lima Peru North Mission. He attended school at Glendale College, where he was a member of their elite choir. He graduated with a Bachelor's degree in accounting from Cal State Northridge in 1979. He also obtained a brokerage license and completed training for stocks and bonds trading. He was a Vice President at Glendale Federal Bank, and later worked at Union Bank where he was also a Vice President.

David married Kim Rowley, and they later divorced. They are the parents of Daniel Grant Hawley, whom David loved with his whole heart. After divorcing, he moved to Utah where he first worked for Elliot Management and most recently for the Church of Jesus Christ of Latter-day Saints as an accountant. He married Leslie Decker George, the love of his life, on January 5, 2013.

David was known for his uncanny ability to remember facts, especially pertaining to music, history, and dad jokes. He was also known for his kind heart and willingness to share it with others. He is survived by his wife, Leslie; his son Daniel (Megan); and his George step children:  David (Crystal), Robert (Lisa), Lisa, and Stephanie. The family wishes to thank the University of Utah CVICU staff and all who worked with Dave over the last couple months in an effort to make him well again.

Limited in-person funeral services were held on Friday, October 2, 2020 at 11:00 A.M. at the Village Way Chapel of the Church of Jesus Christ of Latter-day Saints, 901 East Village Way, Alpine, Utah. The services were broadcast and recorded on Zoom for those who could not attend. To view the recording of the service, click on the "Click here to access the video" button below.

In lieu of flowers, donations can be sent to Tabitha’s Way.

To order memorial trees or send flowers to the family in memory of David Roger Hawley, please visit our flower store.
Send a Sympathy Card