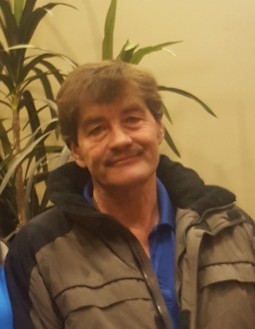 David Leo Sessions died with family at his side on Wednesday, March 8, 2017. He was born on Septeber 22, 1962 in the LDS Hopsital to Donald and Lucille (Butterfield) Sessions.

David attended West High School and in 2003 he graduated from Alliance House and from the Horezonte Learning Center.

On September 6, 1996 he married his sweetheart, Lou Ann Lewis in the Salt Lake County Courthouse.

The people at PetSmart will miss him. He was employed there for 15 years. One of the greatest accomplishments for David was reuniting with his daughter. He loved watching the Utes play football and basketball. His favorite NFL Teams were: Kansas City, Pittsburgh Steelers, and the Green Bay Packers. He could often be found out in nature, camping and hiking.

To order memorial trees or send flowers to the family in memory of David Leo Sessions, please visit our flower store.