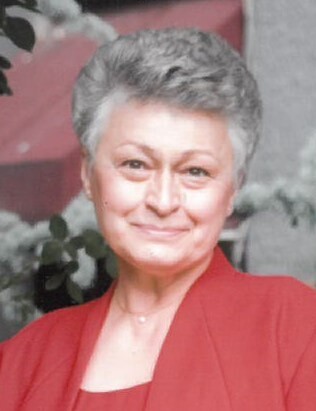 Dimitrana “Mitsi” Souvandijeva Gardner of Highlands Ranch, CO, peacefully passed away Monday, March 25, 2019, after a courageous, two year battle with Merkel cell carcinoma. Mitsi loved our Savior with all of her heart and exemplified his light each and every day. She truly walked in his footsteps through her diligent service, patience, love, and expressive gratitude.

Mitsi was born August 12, 1944 in Draganovo, Bulgaria. She was the youngest of four children of Anastasia and Elia Souvandjiev. Mitsi emigrated with her parents and older brother, Stojan (Steve), to Innsbruck, Austria in 1947. In 1949 the family emigrated to Alberta, Canada. At the age of 19, Mitsi became a member of The Church of Jesus Christ of Latter-day Saints where she actively, happily, and faithfully served throughout her life.

Upon graduating from Magrath High School in 1962, Mitsi enrolled in the Galt School of Nursing in Lethbridge, Alberta. She completed her schooling and graduated in 1965. Afterwards, she went onto the University of Alberta in Edmonton and obtained a Diploma in Public Health Nursing in 1966. Upon graduation, she resided and worked in Medicine Hat, Alberta for a year until moving to Provo, Utah where she continued her career as a Nurse. Throughout these years she had wonderful experiences and established lifelong friendships. Mitsi had an exciting professional career, working as a registered nurse in communities, schools, clinics, homes, and school camps. Feeling the sense to add to her knowledge-base and desire to try something new, she returned to school in 1995 to obtain an associate degree as a Physical Therapist Assistant.

On August 16, 1972, Mitsi married the love of her life, Jay Dennis Gardner of Ogden, Utah in the Salt Lake City Temple of the Church of Jesus Christ of Latter-day Saints. They loved and cherished each other tremendously. They went on to have four children, consisting of one daughter and three sons. Mitsi was an exceptional wife, mother and grandmother.

Mitsi enjoyed crocheting, sewing, reading, spending time with her four grandchildren, and being a lifelong learner. Her interests in science, literature, and music were second only to her love of associating with friends and family. Of her several amazing qualities, her ability to listen is one she’ll always be remembered for.

She was preceded in death by her daughter, Anna Mae, and husband, Jay.

To order memorial trees or send flowers to the family in memory of Dimitrana Souvandijeva Gardner, please visit our flower store.
Send a Sympathy Card