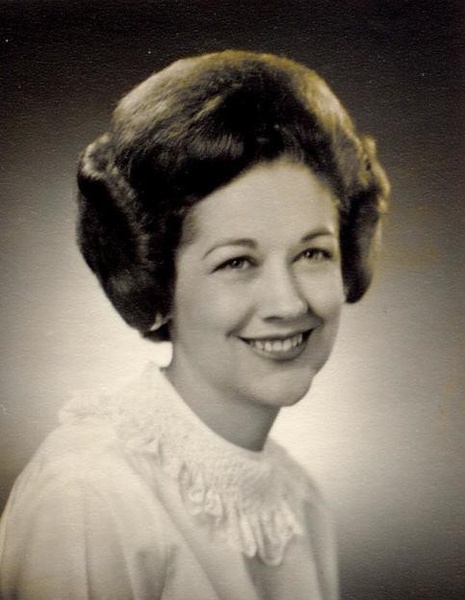 Our sweet mother, wife, grandma, and sister Dollene earned her wings on earth by her positive and happy disposition and returned to her Heavenly Father on October 28, 2017 in Anthem, Arizona. She was born October 20, 1933 in Genola, Utah. Dollene was preceded by Anna Rae and Charles and was the third child to parents Don Raymond and Eliza Stark LeBaron. Her mother and sister Leah passed away from complications associated with childbirth when Dollene was just two years old. She was blessed to live with her grandparents George and Mary Ann LeBaron in Santaquin, who loved her and made her young years happy. When her father married Wilma Hansen Ludlow in 1937 she returned to be with her family in Genola. She was blessed with siblings Dan Ludlow, Anna Rae, Charles, Nona and Garn and they became a blended family.

Following graduation from Payson High School, Dollene ventured to the big city of Salt Lake where she attended Steven Henagar College. She had the privilege of working with many general authorities at The General Church Office Supply of the Presiding Bishopric. At the young age of 21, she was an ordinance worker in the Salt Lake Temple and helped many young brides get ready for their weddings. She had a strong conviction to remain positive, brave and always put her trust in the Lord despite the many health challenges she faced.

On January 30, 1970, Dollene met the love of her life and married Clarence Benjamin Nason Jr. in the Salt Lake Temple. They resided in Salt Lake City and Syracuse, Utah. It was a blessing when their miracle daughter Maryann was born to this ‘not so young’ couple. Dollene was dedicated to doing genealogy work and she and Ben served several genealogy missions together. She served in various church callings and loved being a member of the Daughter of Utah Pioneers. She had many friends, work associates, and family whom she loved. She was always there with a listening ear and words of encouragement to whomever she encountered.

To order memorial trees or send flowers to the family in memory of Dollene Nason, please visit our flower store.