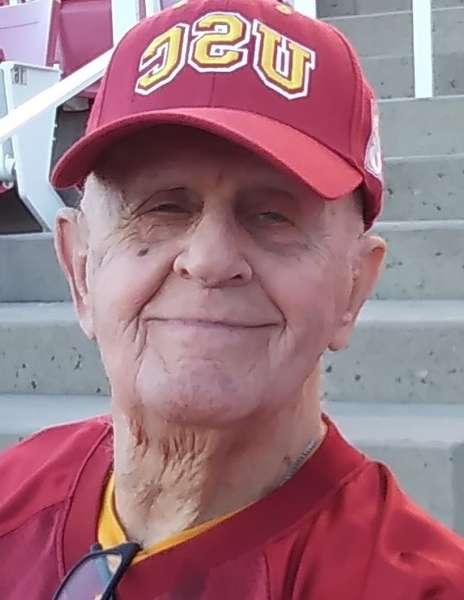 Donald James Denney passed away on May 20, 2021 in Roy, Utah, from complications of a massive stroke. Don was born on 23 February 1934 in Greely, Colorado. He was the son of Gerald Cecil Denney and Reva Lucille Keirnes. He lived in Colorado, California, and Utah.

Don served in the United States Marine Corps from 1955 to 1960. He married Lynda Joan Cawley in 1963. They later divorced. He was the father of Drew, Tracy and Blair Denney. At the time of his passing he had ten grandchildren and seven step-grandchildren, and eight great-grandchildren.

He was an avid USC, Dodgers, and Denver Broncos fan. He also loved music and cinema. He was a collector of sports and movie memorabilia. He love hiking with his grandkids. Don was extremely patriotic and very proud of his service in the Marine Corps. Adapt, Improvise, Overcome was the creed he used and passed down to his family. Don was proceeded in death by both of his parents. He is survived by his children, Drew Denney of Ogden, UT, Tracy Denney of Baltimore, MD and Blair and Tami Denney of Sandy, Utah. We will miss you Pop.

To order memorial trees or send flowers to the family in memory of Donald James Denney, please visit our flower store.