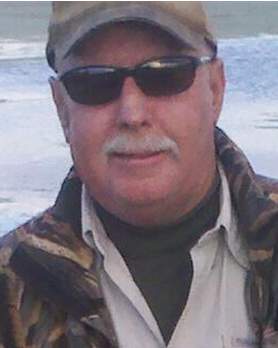 In Loving Memory of Donald "Hank" Gundry, 72, of Salt Lake City, UT, who passed away on November 04, 2022 after a courageous battle with Cancer.

Hank was born on October 3rd to Bob and Betty Gundry in SLC. He graduated Granite High School in 1969, then went on to his start his career in construction.

Hank worked at SME Steel for 20+ years where everyone was family, and he had great pride in all they constructed.

He was unendingly proud of his grandson, pal, and best friend Anthony, who refused to leave his side.

One of the kindest souls on this planet, Hank was a gentle, giving man who worked tirelessly to ensure that his family had everything they needed. He faced every challenge in life with admirable strength and courage. Throughout his long endless battle with cancer, he never gave up! He always stayed positive! He was a true hero, who faced each and every challenge head on.

He taught the importance of family, forgiveness, hard work and doing what is right, A true role model to always look up to.

Hank was a passionate duck hunter, and great lover of cooking. He was always cooking for everyone and everyone was always invited.

Sunday dinners with his family, watching his Cubbies or Buffalo Bills, and wagering a bet or two with his grandson David  was one of his favorite ways to spend his weekends.

Anyone who knew Hank knew that he was the most loving father, husband, grandfather, and friend anyone could ask for.

He will be deeply missed by all who knew him.

His family would like to give a special thanks to Kerry and Karol Bytheway for always being there and coming every time Mom lit the batman signal as well as The SME Family for all of their continued love and support.

Hank was predeceased in death by his parents, Brother Bill and Son Matthew.

Pop, you are now at peace but you will live on forever in our hearts. We love you so much!

To order memorial trees or send flowers to the family in memory of Donald "Hank" Gundry, please visit our flower store.