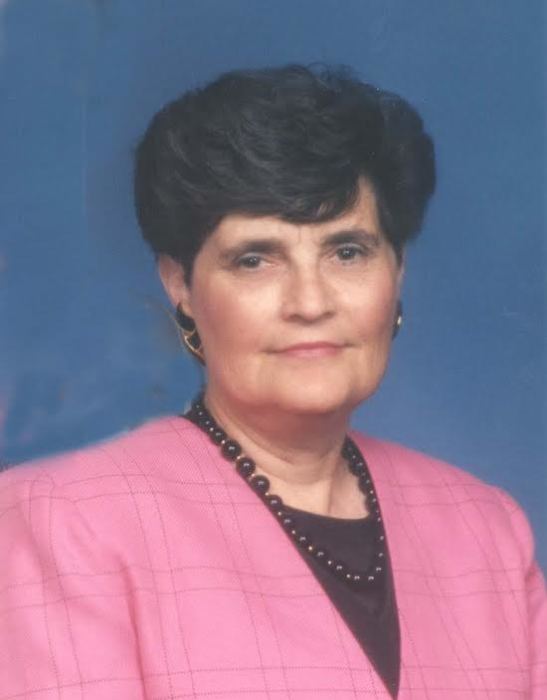 Donetta Dunn, 83, passed away peacefully at 8 am on February 10, 2016 in Orem, Utah. She was born at home in Dingle, Idaho, July 17, 1932, to Elzo Dayton and Beatrice Poulsen Dayton. A fifth generation Mormon, all of her great grandparents were among the pioneer settlers of Bear Lake County. She married Gordon Harold Dunn in the LDS Salt Lake Temple on September 25, 1952. She had one sibling, Delone Dayton Wood (Delano).

Born during the Great Depression, Donetta grew up in humble circumstances. Her father owned a small farm and worked for the Union Pacific Railroad. The tiny home of about 430 sq. ft. did not have running water; so water had to be obtained from an outside pump and carried into the house for both culinary and hygienic use. Since Elzo worked on the railroad, much of the work on the farm was relegated to the family and as the oldest child, Donetta was blessed to lead out in a major part of that. She mowed and put up the hay, milked the cows and took them to pasture and other work that goes with working a farm.

Donetta was a gifted singer and was often called upon to sing solos in funerals and other events at church as well as leading the singing in church and in Primary. Donetta graduated from the 8th grade in a small school in Dingle and then attended high school in Montpelier, graduating with the Class of 1950. While in high school, she was active in band, Pep Club, Pep B and Future Homemakers of America. She was a talented player of the coronet and French horn. She took seminary each year of high school and graduated from seminary.

She gained a great love of sports in her youth both as a player and as a fan. She was credited with being a faster runner than any of the boys in Dingle, and was a skillful pitcher and infielder in softball.

The family’s humble circumstances precluded her pursuing advanced education after high school. She went to work a government office where she made copies of aerial maps for the farmers of the region. She then went to work at the First Security Bank as a bookkeeper. She moved to Seattle, Washington. in 1951 where she worked for Seattle First National Bank as a bookkeeper supervisor.

She became engaged to be married in late 1951 and the marriage ensued in 1952. Family came quickly and regularly for the young couple, and by the time her husband graduated with his Phd in 1962. Donetta had five sons. The family moved to Washington, D.C. in 1962, and it was there that their only daughter was born. In 1963 they moved to Boulder, Colorado, where they lived for the next 40 years. In Boulder, Donetta gave birth to two more sons, thus making a family of seven sons and one daughter. Donetta loved her family dearly, but she had much more love to give, and she often took young teens who needed extra guidance and love into her home perhaps for days and sometimes for years.

Donetta was active in the LDS Church in Boulder, serving in many different callings including Young Women’s President, Teacher, Cub Scout Denmother and Den Leader Coach, Stake Young Women’s Counselor, Primary, Young Women’s Coach in various sports, Camp Director for Young Women, and other positions. She worked on the 1980 U.S Census, and the following year she went to work as a secretary at Fairview High School in Boulder, a position she held for 16 years.

She loved traveling with her husband and was blessed to visit many places in the world including Canada. Netherlands, France, Germany , Italy, Russia, Denmark, Mexico, Austria, Hungary Sweden, Norway, England, Spain, and all 50 states. The couple lived for a year in Stockholm, Sweden. and loved it there. She made many dear friends around the world. Upon her husband’s retirement in 2002, the couple moved to St George, Utah, where they lived until September 2015 when they moved to Orem, Utah to be closer to some family; a move occasioned by failing health and aging.

The couple served two missions for the LDS Church. The first was in 1999-2000 at the Family History Library in Salt Lake City where Donetta served as a trainer for new missionaries. The second was in 2005-2006 in Nashville, TN. where Donetta was Secretary to the President.

A viewing and visitation will be held February 15 between 9 am and 9:45 am at the Orem Stake center, 80 South 280 East in Orem, Utah, and a memorial service will follow at 10 am. A grave-side service and burial will be at the cemetery in Montpelier, Idaho later in the day.

The family extends thanks to friends and medical personnel who have been so kind and helpful during Donetta’s long illness, including Rocky Mountain Hospice.

In lieu of flowers, donations may be made to LDSPhilanthropies.org. Please share condolences and memories at serenicare.com

To order memorial trees or send flowers to the family in memory of Donetta Dunn, please visit our flower store.