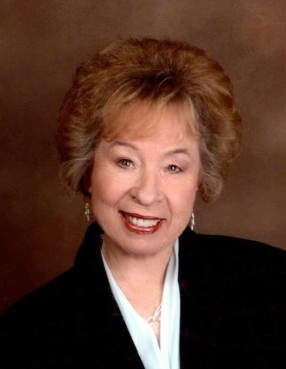 Dorothy Jane Paul Beck died peacefully in the early morning October 15, 2019 with her son Ron by her side. Friends and family called her “Dottie” or “Gramsie.” She was born July 30, 1926, in Pocatello, Idaho, to Mae Lockman and Ezra Rueben Peterson. Her father passed away in 1929, when she was just three years old.

Dottie graduated from South High School in 1943. Upon graduating, she worked as a medical secretary at Hill Air Force Base. Two years later she was transferred to Fort Douglas where she met John Kent Beck and they began their courtship. After she graduated from Brigham Young University with a degree in sociology, John and Dottie were married in 1950. They were later sealed for eternity in the Salt Lake Temple in 1974.  Her reunion with John and her Father Ezra must have been wonderful.

Dottie was a dedicated servant of Jesus Christ. She diligently served in many volunteer callings for The Church of Jesus Christ of Latter-day Saints, including Relief Society President and more than twenty years as a member locator missionary. She shared her talent as a pianist in many of her callings. Professionally, Dottie worked as a social worker and later became an executive secretary at St. Regis Paper company.

Dottie enjoyed traveling, baking, watching sports, and being with her family. She took great care in her appearance and treasured her education. She encouraged her family to continue their education. Gramsie is survived by her son Ron (Trisha) Beck, daughter Patti Beck, 11 grandchildren, 18 great-grandchildren, and sister Bev (Glenn) White.

Gramsie always kept her age a secret and never admitted to being elderly. She made it to 93 years young. She was dearly loved by all and will be missed. Thank you to her wonderful caregivers who made her last couple of years more comfortable.

To order memorial trees or send flowers to the family in memory of Dorothy Jane Beck, please visit our flower store.