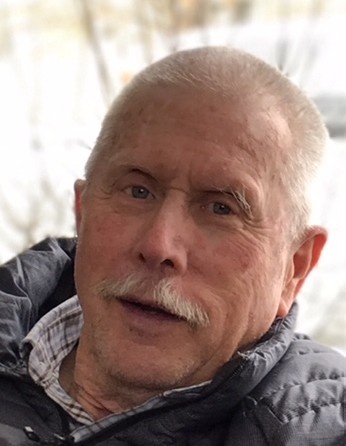 Douglas Charles Sampson passed away on September 20, 2019 from the effects of Alzheimer’s dementia. Doug was born in his Grandma Hansen's home in Ephraim Utah on May 22, 1938 to Charles and Thelma Sampson. He was oldest of five siblings:  Dean (Flo), Elma (Richard Bartholomew), Dixie (Russell Harward), and Karen (Tim Griffin).

Doug loved his family more than anything, and they love him. He enjoyed spending time with them. He had a fun-loving personality which his family missed so much when his disease took its toll in his last few years. Over the years, the family had many hikes and camping trips, which all will always fondly remember. Doug loved to hunt and target shoot with his boys and brother-in-law Keith. Family reunions were a highlight for all. For Doug, family came first.

Doug was always a faithful member of the Church of Jesus Christ of Latter-day Saints. He served in many callings: bishoprics, teacher in Sunday School and Primary, quorum presidencies. He was a faithful home teacher and temple worker in Oquirrh Mountain Temple. His favorite calling was nursery leader, which he almost turned down when the invitation came.

Most of Doug’s growing up years were in Provo, Utah. During the Word War II his family lived in California and Florida, where his father was in the military. When he was 12, the family returned to Provo where Doug spent his school days and graduated from BY High in 1956. Doug attended BYU until he turned 20, when he served in Samoa as a missionary for the Church of Jesus Christ of Latter-day Saints. Doug loved Samoa — the culture, the language, and the people — and kept it as a part of his life until death. When he passed away, he was wearing a lava-lava he brought home from Samoa in 1960.

After his mission he returned to BYU, where a year later he met his future wife LeiMomi Young from Monticello, Utah. They were married on November 17, 1962, in the Manti Temple.

Doug graduated from BYU in 1969 and began managing Bakers Shoe Stores in Salt Lake City and Pueblo, Colorado. In 1977 the family returned to West Jordan, Utah to begin a new career working with his brother-in-law: setting factory-built homes on their foundations. Doug enjoyed this work and enjoyed traveling the country pulling half a house with his diesel truck. When US Homes moved their operations to Tennessee, Doug put his truck driving skills to work as a propane transport driver. He retired from there but kept working several more years on small deliveries with his pickup truck. His partner was his son David. Doug and his family remained in the same home in West Jordan until 2018.

Doug and his family lived in Provo, Granger, Pueblo, West Jordan, and have now returned to Provo again. He made many lifelong friends in every place he lived. He particularly enjoyed spending time with two special friends, Steve and Stuart, who both preceded him in death. Perhaps another special heavenly reunion is in progress. Lifelong friend Alf Pratt was a particular comfort in Doug’s last days.

We want to extend a special thanks to our family members who have come in to help care for Doug and also our kind neighbors who are always there to help and to the personnel of Horizon Home Health and Hospice. Doug's particular favorites were his nurse Kathy, his CNA Madi, and our Chaplain Jim.

To order memorial trees or send flowers to the family in memory of Douglas Charles Sampson, please visit our flower store.