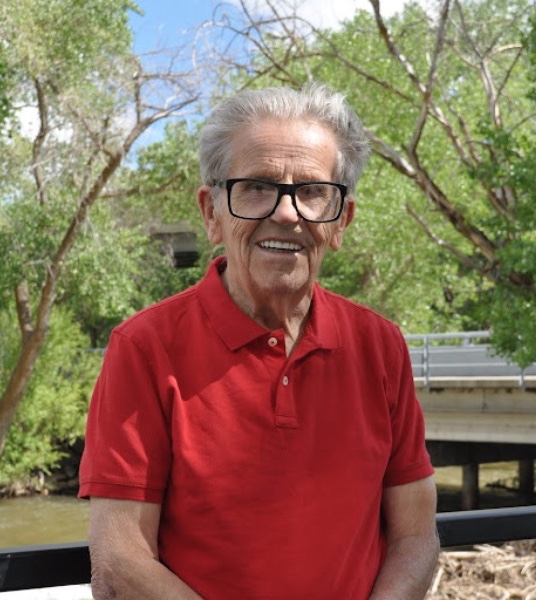 Earl William Andersen passed away January 28, 2022, taking his final breaths in the presence of loved ones and departing the world that is a brighter place for the nearly 95 years he spent filling it with kindness, compassion and laughter.

His was a life well lived, and if he held any regrets, it wasn’t that he spent too little time with family, failed to make the most of his many talents or left too small an impact on those around him. Though his passing leaves a void that can never be filled, his family takes comfort in knowing that few on this earth have ever made more of the time they are given.

Born April 26, 1927, to James Earl Andersen and Josephine Bladh in Darlington, Idaho, Earl was lovingly raised by Hazel Burt Andersen, whom his father married following his mother’s death shortly after his birth. He grew up in Brigham City, Utah, and graduated from Box Elder High School before proudly serving in the U.S. Army, where he was stationed in Panama during World War II. After attending Utah State University, he spent several years in Alaska, which was his idea of paradise on earth.

Upon coming home, Earl married Janet Davis in the Logan Temple. They raised their four children in Southern California and returned to Utah following his first retirement. Which didn’t last long — not content unless he was doing something useful, he went back to work full time until the age of 77. His work ethic, knowledge and skills made him one of the most respected men in the concrete cutting industry, with firms across the country — and even internationally — seeking out his expertise and the industry honoring him at a national convention.

But it was always apparent that the job he found most fulfilling was that of husband, dad and grandpa. He loved nothing more than being surrounded by those he loved. Some of his happiest times were family picnics — the scent of the egg, bacon and hashbrown breakfasts he whipped up on a griddle will long linger in his loved ones’ memories — and Easter Sundays when the family would gather at Municipal Park. A grandchild sprinting into his arms was certain to elicit a toothy smile and a belly laugh; most often, they’d be bouncing on his knee within seconds, listening to his rendition of “My Pony Boy.” And if they helped him irrigate his backyard garden, they’d surely be treated to one of his freshly cut watermelons when the work was done.

Earl’s family, in turn, understood his love to be one of life’s most precious gifts. He showed it most of all through his actions, and the family members he leaves behind will carry with them the example he set of what it means to be a husband, father and grandfather. Seldom, if ever, did he decline a favor asked of him, whether it was picking up medicine at 2 a.m. for a sick grandkid or toiling in the summer heat to repair a broken-down car. And despite the demands of his successful career, he always made time for his wife, children and grandchildren, giving them countless memories imbued with his larger-than-life spirit.

Many of those memories happened on the shore of a reservoir or huddled up around a campfire, as Earl was an avid outdoorsman. He lived by the cliche that a bad day fishing — or in a marsh waiting for ducks to fly overhead — beats a good day most anywhere else and instilled that motto into many of his children and grandchildren. Even as an old man, he took pleasure in roughing it, eschewing modern amenities such as a camper in favor of spending the night under the stars.

Beyond the selflessness and love he displayed, Earl’s sense of humor was fabled among his family. Those who knew him well can recite his favorite punchlines because they’ve heard them dozens of times. Most were funny on their merits; some earned laughs only because his own laughter was so infectious.

He’d likely find pleasure in one of his well-worn jokes, in particular, being included in his obituary. And he’d want anyone reading this to steal it the next time they pass the Brigham City Cemetery, where he will be buried. “You know,” he’d say, delivering the words in a deadpan tone any time he drove by a cemetery, as if the person accompanying him couldn’t interject and finish the one-liner, “people are dying to get in there.”

After 94 years, he must have finally decided to see what all the fuss was about.

Anyone who would like to join the family in remembering him at a small graveside service, which will include military honors being presented, at the Brigham City Cemetery (300 E. 300 S.) at 2 p.m. on Thursday, Feb. 3, is welcome. But there will be no formal funeral or public viewing. Earl always said he lived as a simple man and wanted to leave this life the same way.

It is difficult to take issue with his assessment — his manner was simple, along with his attire and his lifestyle. He was not one to make a fuss over himself, nor would he have ever considered himself better than another person.

But simple, in this case, does not mean ordinary. A person is best measured by the singularity of their spirit, the joy they bring to the world and the love they demonstrate for others and receive in return.

An ordinary life? No.

Earl William Andersen’s was anything but.

To order memorial trees or send flowers to the family in memory of Earl William Andersen, please visit our flower store.
Send a Sympathy Card