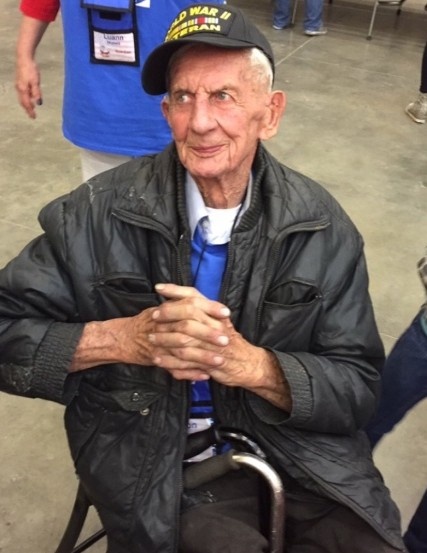 Eldon Orville Williamson died on September 15, 2018. He was born to David and Minnie (Nelson) Williamson on December 24, 1923 in Afton, Wyoming. He graduated from Star Valley High School and married Lillian Olsen, who preceded him in death.

Eldon served in the Navy and Coast Gurad during WWII. Present at Normandy and Okinawa.

The owner of Valley Neon Signs, Eldon was a tinkerer who loved to create fun times for his kids, grandkids, and great-grandkids.

He is survived by his daughter, LuAnn Nunez; son, Paul Williamson; and step-daughters: Danna Mabey, Diane Gundry, and Shonnie Riech. In addition to Lillian, he was preceded in death by his step-son, Jim Ferrin.

A graveside service with Military Honors, will be held at 11:00 AM on Monday, September 24, 2018 at the Utah Veterans Memorial Park Cemetery, 17111 South Redwood Rd. Condolences may be shared at Serenicare.com

To order memorial trees or send flowers to the family in memory of Eldon Orville Williamson, please visit our flower store.
Send a Sympathy Card