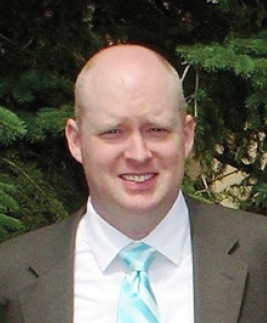 Eric Kent Hauck passed away at his home on Christmas day, December 25, 2013. He was born on March 24, 1975 in Corvallis, OR. When he was about one year old, his family moved to Alaska where they lived until he was ten.

In 1985 his family moved to Meridian, Idaho, where he lived until attending college at BYU in Provo, UT. After a year of study, Eric served an LDS mission in Sendai, Japan. Returning to BYU, he continued his studies in electrical engineering and Japanese. While attending the Manti Temple pageant on July 12, 1996, Eric met another BYU student and the love of his life, Tomoko Mori, of Inuyama, Aighi, Japan. They were married on December 20, 1996 in the Bountiful LDS Temple.

Eric made a career out of software development, and he most recently worked as the Manager of Technical Architecture for Performance Systems International (PSI) in Murray, UT. Eric had a great love of music and enjoyed playing electric guitar and bass. He enjoyed writing songs and played in a number of bands before illness caused the loss of the ability to play.

To order memorial trees or send flowers to the family in memory of Eric Kent Hauck, please visit our flower store.