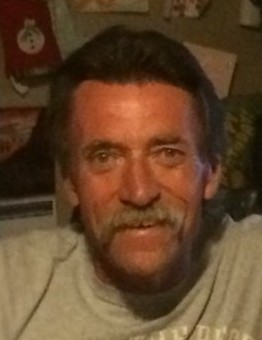 He married Cathleen Conti LoCoco and they had a daughter, Shanell. They later divorced and he married Patricia Mahoney. They later divorced and he married Jean Hoffman. He moved down to Arizona in the early 80’s, and fell in love with Phoenix. He completed his GED while down there and accomplished many achievements while residing in Arizona. Scott came back home to Utah later in the 90’s to be close to his family; especially his first grandchild, Matthew. He finally got his boy. He was so proud and so happy! Then he got two granddaughters, and to watch him be so soft, sweet, and gentle well that’s how Scott was. Thoughtful, kind, big hearted, full of smiles and happiness and would do anything for anyone.

Scott started working for the Salt Lake County Parks and Recreation at the Accord Center. He loved his job, all the wonderful staff and Co-workers and patrons as well. Even if he didn’t want, or have to. He would do anything for his family at work.

Scott hit a milestone mark on April 1st, 2010. That’s the date he decided to get and stay sober. 9 and a half years clean and sober. His family is very proud of him especially his daughter Shanell. He enjoyed his grandkids, and great grandkids very much. They were his world. As well as his sisters, nieces and nephews. He will be remembered as very thoughtful, compassionate, giving, loving and kind hearted. A true people person. He was adored by many and will be so deeply missed by all that knew him.

He is survived by his daughter Shanell P. Long; grandchildren: Matt, Kirsten, and Breanna; three great-grandchildren; Logan, Talon, and Anastasia,sisters: Lori, Julie, and Lynette; and many nieces and nephews. He was preceded in death by his parents and sister, Leslie.

Special thanks to the family caregivers and Serenicare -(FRANCIS)Funeral. Please visit serenicare.com to share memories.

To order memorial trees or send flowers to the family in memory of Ernest Scott Peterson, please visit our flower store.
Send a Sympathy Card