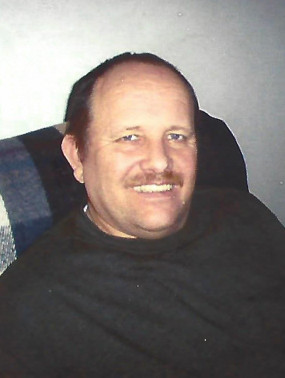 Our most loved Father and Grandfather has passed away of heart complications on the morning of January 21, 2016. Eugene was born in Price, Utah on November 26, 1952 to Bessie and August Poulson. He spent some of his childhood in Scofield, Utah then moved to Ogden. He later established a family of his own.

Eugene loved providing for his family and had a career in welding at Trinity Industries for 22 years. He was forced into an early medical retirement in 2004 due to a diagnosis of liver cirrhosis. After a seven year battle with cirrhosis he was blessed with a new liver in March of 2011. He then also overcame lymphoma with chemo treatment the summer of 2015 and has been strong ever since.

Eugene was so good to so many people, and helped them throughout his life. He was a comfort and put forth all his efforts. He genuinely cared for people especially his close family. He was a great example of selflessness, service, and provided what he could for his fellow man. He loved his grandchildren dearly, his dogs (Buster and Rugby), and spent most of his time with them.

Eugene thoroughly enjoyed such hobbies as fishing, golfing, football, and family time. He definitely loved the game of Texas Hold-em and Blackjack. He was also wonderful at telling stories, and giving the best advice he could offer. He has left this Earth too early with many loved ones mourning. He has overcome so many other odds with his health it is shocking to see him gone. We will miss you and love everything you represent. Eugene you are my hero.

A viewing for Eugene will be held on Wednesday, January 27, 2016 at 4 p.m. followed by funeral services at 5 p.m. at the Layton Stake Center located at 60 W. Gordon Ave. Layton, UT 84041. Also a donation account has been set up in Eugene's honor at Mountain America Credit Union.

To order memorial trees or send flowers to the family in memory of Eugene Poulson, please visit our flower store.
Send a Sympathy Card