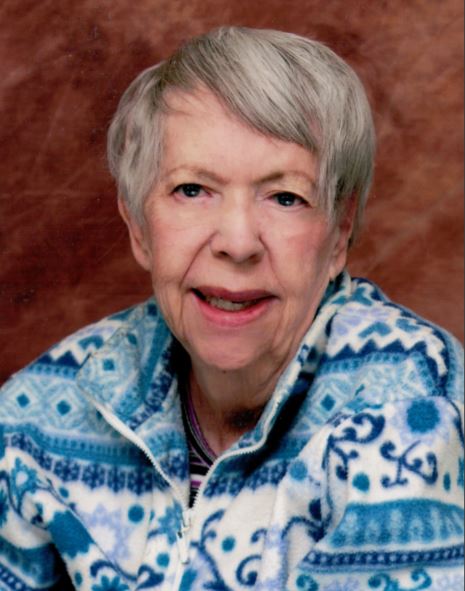 Françoise Andrée Mauricette Rahkonen (Fran) passed away on July 14th, 2019 of natural causes with her daughter by her side.

Fran was born September 22, 1942 in Vic-Fezensac, France, to André Charles Codirolle and Yvonne Josephine MuÌˆller. She was their 2nd daughter.
She spent her youth living in Bordeaux, France with her parents and older sister, Monique. After finishing her high school, she worked several jobs in France and England, most often as a secretary and translator as she was fluent in English, Spanish, Portuguese and German. She was born into the Catholic faith but later converted to the Church of Jesus Christ of Latter Day Saints.

She married her first husband in August of 1968 and they had one daughter together. After living 11 years in New Caledonia, a French territory in the south pacific, they immigrated to the United States of America in March of 1983. They were later divorced.

She married the love of her life, Paavo John Rahkonen in January of 1986. They were sealed in the Ogden temple. With the marriage to John, she happily became a step-mom to his four children Carl, Robert, Alisa and Christina and therefor, finally realized her dream of having more children.
She worked with John at Morton Thiokol, now ATK, until she was laid off. After working various jobs, she finally found her calling working as a Home Health Aid.
She remained happily married to John until his passing in December 2009. She lived at their home until several ongoing medical issues made it necessary to go into an assisted living facility near her home.

Fran was a wonderful mother, grandmother, great-grandmother, sister, aunt, neighbor and friend to many. Her years were spent giving to and helping everyone she possibly could. She loved unconditionally and would always put others before herself. She loved to tend to her garden, enjoyed nature and most of all loved to spend time with her family and friends.
The family would like to thank those who helped take care of Fran and were such good friends to her: Her neighbors Mr. and Mrs. Bommer, friends Maggie Lindley, Denise Baldree, the Blodnick family, Fayne Carner, Pam Olsen, Charlotte Williams, Lina Wembi, and so many others.

We also want to thank Hospice of Utah, Specialty Nursing and the Gardens Assisted Living for their great care and dedication.

Fran rejoins the love of her life, John, in heaven. She is preceded in death by her parents, a grand-daughter and many dear friends.

She is survived by her daughter, Estelle and her beloved son-in-law Kevin Nelson, and her cherished step-children, Carl (Sharon) Rahkonen, Robert (Carol) Rahkonen, Alisa Rahkonen and Christina (Bob) Rahkonen, 15 grandchildren and 19 great-grandchildren.

In lieu of flowers, if you wish to donate towards Fran’s final expenses please use this link

To order memorial trees or send flowers to the family in memory of Francoise Andree Mauricette Rahkonen, please visit our flower store.
Send a Sympathy Card