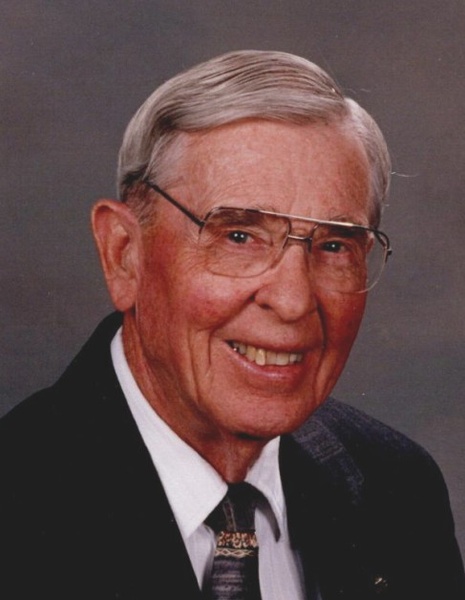 He was born in April of 1921 in Providence, Utah to Oliver and Emily Maddison Hanson where he and his brothers and sisters spent their childhood.

Frank attended school in Cache Valley, graduating from South Cache High School in 1939 where he excelled in academics, basketball, tennis, and track and field. He attended Utah State University receiving a Bachelor of Science degree in Civil Engineering in 1943. After graduating from USU, Frank entered the US Army and was deployed to Europe during World War II. While stationed in England, he met his future wife Eileen. Eileen moved to the United States in 1948 and married Frank in January of 1949 in Las Cruces, New Mexico. Their marriage was later solemnized in the Salt Lake LDS Temple.

After honorably serving in the Army, Frank was employed with the Soil Conservation Service as a civil engineer/hydrologist in Silver City and Albuquerque, New Mexico; Denver, Colorado; and Huron, South Dakota. He retired from the Soil Conservation Service in 1979 with 35 years of government service. In 1991, he and Eileen moved to South Jordan, Utah.

Frank was active in the LDS Church, serving faithfully in various callings including finance clerk and home teacher. He was an accomplished handyman and liked to build and repair things. His hobbies included woodworking, hunting, fishing, softball, and golf. Most of all, he enjoyed spending time with his family.

He was preceded in death by his wife Eileen, his parents, and brothers Oliver, Walter, Norman, Alvin, Robert, Wilford, and sisters Olive Chugg, and EmmaDell Blanch.

Funeral Services will be held Saturday, August 4, 2018, at 11:00 a.m. at the LDS Parkway 1st Ward Chapel, 9894 South 2700 West, South Jordan, Utah. A viewing will be held one hour prior to the service. Interment will be in the Providence City Cemetery, Providence, Utah. Condolences may be sent to the family at www.SereniCare.com

The family extends their gratitude to all the friends, neighbors, and members of the Ward and to the staff at Jordan Valley Medical Center and the Hospice staff with Signature Home Health Care.

To order memorial trees or send flowers to the family in memory of Frank Maddison Hanson, please visit our flower store.
Send a Sympathy Card