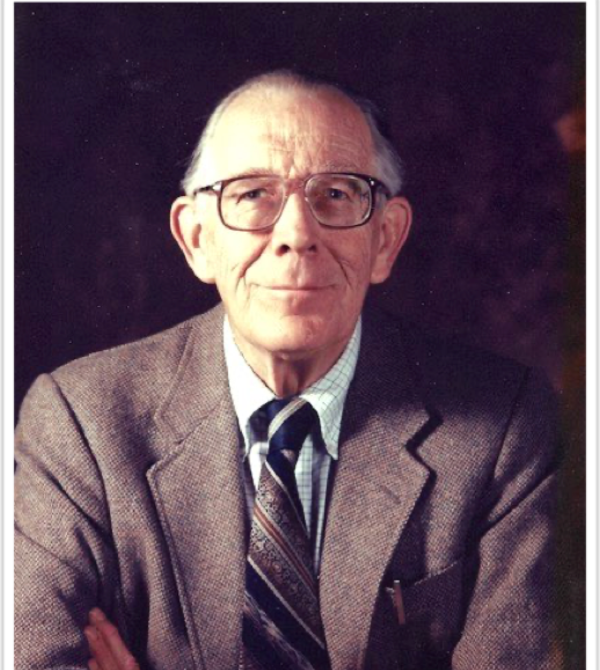 George Milton Addy, 94, of Provo, Utah, passed away Friday, October 29, 2021. George was born July 6, 1927, in Salt Lake City, Utah, to George Edwin Addy and Willa Pool Addy. He grew up in Highland Boy, Utah, at the top of Bingham Canyon, where his father was foreman of the Anaconda Copper Mine. George graduated from Bingham High School in 1944 and began attending Brigham Young University that fall. He earned a bachelor’s degree and a master’s degree in history from BYU, and it was at BYU that he met Caroline Stucki. They married on May 21, 1951, in the Salt Lake City Temple, while George was on a three-week leave of absence from the army between basic training and being shipped to Japan and then Korea.

After serving in the Korean conflict, 1951-1952, George attended Duke University where he earned a Ph.D. in history in 1957. He and Caroline returned to Provo, where George taught at BYU for the next 35 years, researching and writing about eighteenth-century Spain and colonial Latin America. George was passionate about the study of the past, but also was continually involved in seeking understanding of the world around him. He was an avid reader of just about every subject, but also enjoyed gardening, hiking, target shooting, family history, and keeping up with current events. He was master home-improver with skills in plumbing, carpentry, masonry, and many other areas. He always had multiple projects going at once, both intellectual and practical. He was generous with his time and sharing his skills (and his vegetables) with family, friends, and neighbors. After retirement he devoted himself for many years to caring for Caroline, and he was a caring and proactive father and grandfather.

George joined the Church of Jesus Christ of Latter-day Saints in 1948, and remained active throughout his life, serving for many years as a Sunday School teacher, ward clerk, and high councilor.

George is survived by his daughter Mary Ann Addy Maxwell, son-in-law Bob Maxwell, grandchildren Caroline (Seth) Castleton, Rachel, William (Hannah), and David Maxwell, and great-grandchildren James, Laura, and Rose Castleton. He was preceded in death by his father and mother and by his wife Caroline, who passed away in September 2006. The family wishes to thank the nurses and other staff of Encompass Hospice for their services during George’s last year: Lyndy, Jared, Ann, Donna, Heather, Anne, and others, and also the staff of Courtyard at Jamestown Assisted Living.

To order memorial trees or send flowers to the family in memory of George Milton Addy, please visit our flower store.
Send a Sympathy Card