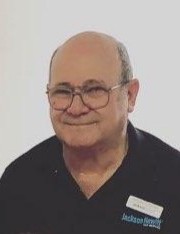 George Richard Foerster has gone from this life, and move onto the next to complete his work there on May 5, 2020. He is temporarily separated from his wife, Pamela DiAnn Foerster, until they have their reunion in Heaven at a later time. His was known to anyone that knew him as Richard, and he was loved by all that met him. Richard was born on February 13, 1947 to Paul and Aleathea Foerster in Globe, Gila County, AZ. He was #8 of 9 children, of which 4 still living. He married Pearl Katherine on August 26, 1968, They had seven children, G. Adam (deceased) , R. Daniel, Paul, Evangela “Eva”, K. Elizabeth, Pearl and Victor. After he and Katherine divorced, he married Pamela on November 24, 1990, and added her 4 children, Lane, Corey, Jillian and Christina to his gaggle of children.

Richard was a man of many talents. He graduated from Globe High School in 1965, after which he met and married his first wife, Katherine. They moved to the Phoenix Area in August of 1968 so he could attend ASU for Architecture on a scholarship he was awarded. He was a member of the ROTC while at ASU. During his younger years, he worked as a Seasonal worker for the Forest Service/Firefighter (which he would delight us with stories from), land surveying, mechanic (He would work with all of us on our vehicles, so that we knew how to take care of them properly), and finally ended with 25 years with Interstate Brands delivering Dolly Madison cake. During that time he was a Seventy for the Church of Jesus Christ of Latter-Day Saints. After he Retired from Interstate Brands, he went back to Mesa Community College to pursue his Associates Degree in Drafting. He was recognized as an Honor Student at graduation.

He had many hobbies in life which include, but are not limited to, woodworking, auto repair, Landscaping design, landscaping, gardening, he was even a licensed pilot, Missionary Work, and he loved being a Temple worker and talking about some of the amazing things he loved about it. But he most loved hobby was the relationship that he and his wife, Pamela had. They had a friendship and love that is for the ages. One to aspire to have. We are very grateful for their example and love that He, and they, shared with us over the years of raising that Gaggle, and the amazing way they were able to wrangle all of us.

As Richard would say when we would depart each time, quoting the song,”Til we meet again”, Richard. May our family and friends be at peace until at that glorious day that we are back together for the eternities.

To order memorial trees or send flowers to the family in memory of George Richard Foerster, please visit our flower store.
Send a Sympathy Card