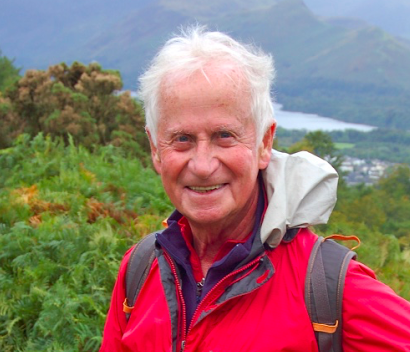 George Alan McLaren died at his home on March 18, 2016, with his children around him, as he wanted. He was born in Sydney, Australia on November 27, 1937— one of five children born to George and Mae McLaren. He started a family with his first wife, Betty, began a career, and moved the family from Australia to Utah in 1979.

An Aussie always, he nevertheless put down roots in Utah, finding success in business and, more importantly, giving his family a foundation of love and strength that will endure despite his passing.

He married the love of his life, Suzanne Ellen Wade, in 1993. His children Matthew (and Michelle), Christopher (and Erika), and Jacqueline (and Timothy Miller) were joined as siblings with Suzanne’s daughter, Jenna Mahay.

When Suzanne died, too soon, in 2007, Alan threw himself into work and writing. He recruited brave friends and family to join him on treks throughout the British Isles and in New Zealand. And he found sustained joy in being a doting grandfather to Zachary McLaren; Zoë and Maya Harriford-McLaren; Maria Leon; and Audra, Annika, and Ewan Miller, to whom he was simply “grandpeanut.” His parents; his brothers, Steven and Donald; and his sister Barbara also preceded him in death.

He recently had found new happiness with Ann Argyle, who was his partner and best friend, and who helped Dad tremendously in his final days. We are forever grateful. The family also extends its gratitude to the staff of the Huntsman Cancer Institute, who helped Dad fight as long as it made sense, and who were extraordinary in their care and compassion.

In lieu of flowers (and much to the chagrin of the deer at Mt. Olivet), the family requests donations be sent to the Huntsman Cancer Foundation. A memorial gathering will be held at the Orangerie at Red Butte Garden, 300 Wakara Way, Salt Lake City, UT 84108, on Saturday, March 26, from 12:00-2:00 p.m.

To order memorial trees or send flowers to the family in memory of George Alan McLaren, please visit our flower store.