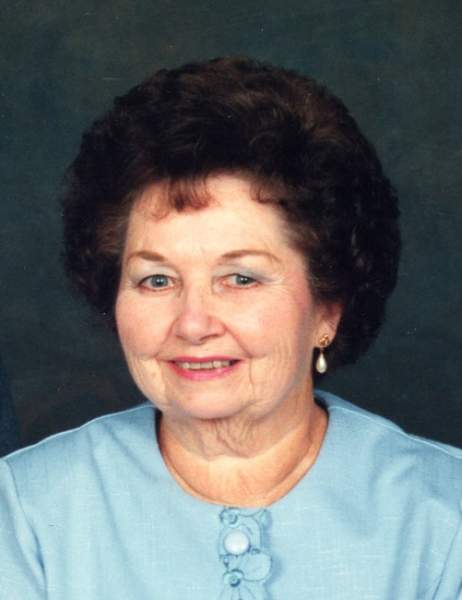 Gladys Leah Fisher Taylor passed away due to causes of old age at the home of her son, John Lynn Taylor in Pleasant View. Gladys was born February 17, 1919 and had just celebrated her 98th birthday. She was born in Farr West to Robert Ward and Emily Jeanette Woodfield Fisher and lived most of her life in Farr West. She was educated in Farr West schools and graduated from Weber High School and then from Henagar’s Business College.

Gladys married the boy across the street, John Seth Taylor, on October 4, 1940. In May of 1965 their marriage was sealed in the Logan Temple.

She was a member of the Church of Jesus Christ of Latter Day Saints. She served in many callings but spent a great deal of time working in the Primary. She served as President of that organization and then for many years was the Trekker teacher teaching many of Farr West’s boys their knots and Articles of Faith among other things. She also enjoyed singing with the Ward Choir.

Gladys worked for a number of years with the Weber County School Lunch Program, a job she took so that she could be home when her sons were out of school. She worked at Wahlquist Jr. High, Roy High and Weber High.

Her passion was her family and most of her life was spent living surrounded by the homes of family members. She raised two boys and was like a second mother to many nephews and nieces. She helped keep an eye on her father after her mother passed away. She did a lot of work on her family genealogy. She was also a member of the Daughters of Utah Pioneers organization.

She and her husband were two of the first members of the Farr West Supper Club that began in 1946. It was a group of up to 50 friends that met monthly fixing meals and sharing entertainment and each other’s company and friendship. They met regularly for nearly 60 years and she was one of the last few survivors of the group.

A grave side service will be held on Saturday March 25, 2017 at 10:00 a.m. at the Ogden City Cemetery. The cemetery entrance is at 20th St. and Jefferson Ave. The grave location is about 100 ft. in from that entrance on what is known as 7th Ave. inside the cemetery.

The family wishes to thank Intermountain Homecare and Hospice for all their help and support throughout the past several years.

To order memorial trees or send flowers to the family in memory of Gladys Leah Taylor, please visit our flower store.