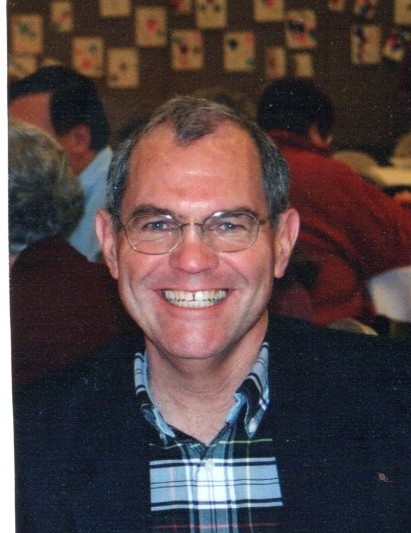 Gordon Thomas Wilson, beloved husband of Emolyn Manwaring Wilson, passed away on Friday, March 1, 2019, at the age of 72. He was born in Lovell, Wyoming, on July 9, 1946, to Boyd Lee Wilson and Althea Marsden Wilson. He was the second of two children, younger brother to Roger Boyd Wilson.

Gordon was raised in Springville, Utah, from the age of three. His father was the head of the mathematics department at Springville High School, and his mother was a home economics teacher at Springville Junior High School. He graduated from Springville High School as Valedictorian - class of 1964, and then attended Brigham Young University. After serving a mission for the Church of Jesus Christ of Latter-day Saints in the Uruguay-Paraguay Mission, he continued his studies at BYU, where he met Emolyn. They were married on June 4, 1969, and both graduated from BYU the following year.

Gordon and Emolyn had five children between living in Endicott, New York, and Brownsburg, Indiana, a suburb of Indianapolis. Gordon worked at I.B.M. for nearly 30 years with large frame computers, then at an I.B.M. business partner, SupportNet, a few more years with personal computers.

He was an avid Scouter for more than 50 years, helping countless young men achieve the rank of Eagle Scout. He was a second generation Eagle Scout, as well. His service earned him many awards, including the Silver Beaver Award.

Gordon served a mission with Emolyn as the Mission President of the Bolivia, La Paz Mission, 1999-2002. After their mission, they returned to Gordon’s hometown of Springville where he served as a Branch President and in a District Presidency at the Provo Missionary Training Center. He was also working as an adjunct mathematics professor at Utah Valley State College. They served another mission as the MTC President in Buenos Aires, Argentina, 2008-2010. After returning home they served for two years in the very large Spanish Branch in Springville, working with the missionaries. They both have always loved the Spanish-speaking people. They also served several years as ordinance workers in the Provo LDS temple.

Gordon was preceded in death by his parents, Boyd and Althea, and brother, Roger. He is survived by his wife, Emolyn, and their five children, Heather (Greg Willits) Sandy, Utah; Tiffany (Greg Olson) Provo, Utah; Gordon Travis (Lindsay) San Antonio, Texas; Tressa (Aaron Fischer) Allen, Texas; and Tyler Manwaring (Kristina) Salt Lake City, Utah; and 17 grandchildren. His family would like to thank their numerous family and friends for their love and support, especially thank so many people from their church congregation for their endless service, and invite all to celebrate the life of Gordon Thomas Wilson.

To order memorial trees or send flowers to the family in memory of Gordon Thomas Wilson, please visit our flower store.