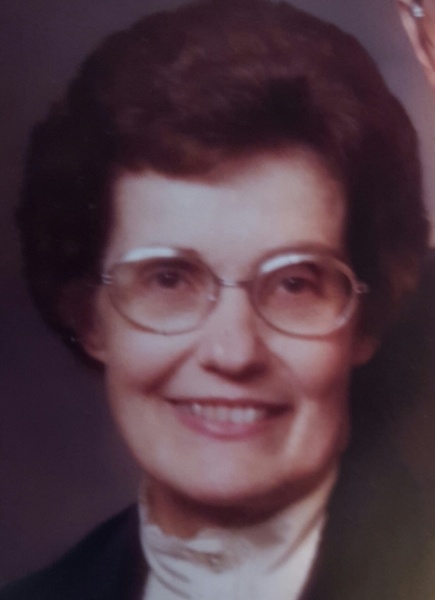 Gwen was born on October 7, 1928 in Fillmore, Utah.  She was the youngest child and only daughter of Horace and Edna (Ted) Day.  She spent a happy childhood in Fillmore surrounded by many aunts, uncles, cousins and friends. She learned to play the piano and tap dance and performed often.  She loved growing up in Fillmore and returned there frequently to visit during her life.  She graduated from Millard High School in 1945.  She married Jacob Davies, her high school sweetheart on September 3, 1947 in the Manti Temple.  They became the parents of a son and four daughters.  As a family they lived in Logan, Boise and Dayton before settling in Roy, Utah.

Gwen spent her married life as a home maker.  She had a particular talent for sewing and was an excellent seamstress.  For many years she spent countless hours sewing most of the clothing her children wore.  More than once, without complaining, she stayed up late into the night working on an emergency choir dress or a last minute school project.

She was a gifted pianist and was truly generous about sharing her gift with others. She was always willing to play anytime she was asked, even stepping in at the last moment to help when she was needed.  She also had the wisdom to be a “mean piano mom” requiring daily practicing from her children.  We are grateful to her for this since music has been a big part of all of our lives. She learned to play the organ and was the ward organist for the Roy 4th ward for 46 years.

Gwen was preceded in death by her parents, her sister May Ogle, her older brothers Gale and Boyd Day, her husband Jacob Davies and her son Dennis Davies.  She is survived by her daughters: Diane (Jerry) Burnett, Julie (Mike) Hein, Cheryl (Bruce) Sanders, Annette (Gary) Olsen and daughter-in-law Vonni Davies.  She is also survived by 23 grandchildren and 41 great grandchildren.

As a family we would like to express special thanks to Ellie Morley for the loving way she cared for mom over the last several years.  You eased our burden and made Mom’s world a little brighter.  We would also like to thank Troy Cady, Lisa Petty and the entire Peachtree staff.

Funeral services will be held at 11 am, Thursday February 4 at the Roy 4th Ward building at 2100 W. 5300 S.  With a viewing to be held at the same location Wed. February 3 from 6 pm to 8 pm and again one hour prior to funeral services.  Interment in the Fillmore City Cemetery.

To order memorial trees or send flowers to the family in memory of Gwen D Davies, please visit our flower store.