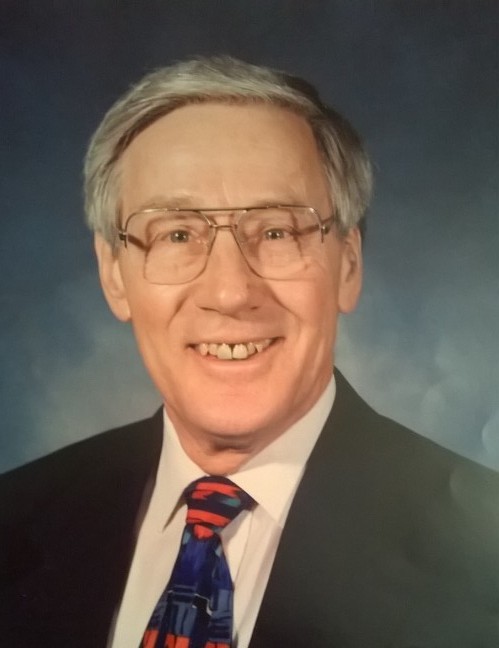 Harold "Hal" Ralph Sinn, 80, passed away on April 7, 2017 in Salt Lake City, Utah, with his daughters at his side. He was born April 30,1936 in Briceton, OH, to Wilbur Sinn and Elsie Hartwick Sinn.  Harold Sinn received Christ's promise of new life through Holy Baptism on June 14, 1936.

Harold attended Latty High School, Latty, OH  and graduated from Blue Creek High School,  Haviland, OH. Baseball and basketball were his favorite sports in school and continued throughout his life, coaching the softball team at his beloved Zion Evangelical Church in Salt Lake, and cheering on his favorite Utah Jazz.

Hal worked at General motors in Defiance, OH before moving to Kansas City, MO to train for a career in the airline industry.  He worked for Bonanza Airlines in Yuma, AZ as well as Lufthansa Airlines, Varig Airlines and Texas International Airlines in various capacities from customer service to sales.  Hal was a hero, helping deplane customers after an emergency landing while with Bonanza. He loved airplanes and aviation and was a private pilot himself.  A great admirer of military aircraft and the pilots who flew them, he knew almost everything there was to know about each and every plane, especially the WWII era.   He collected models, books and films on "all things airplane", military and commercial.  In later years Hal worked in his own business, Enterprise Photos, where he took pictures of school children, congregations and special gatherings in Utah and the surrounding states. He also managed the Victorian Apartments in Salt Lake City.

Hal was a devoted member of Zion Evangelical Lutheran Church for nearly 40 years and served as Usher and softball coach.  He leaves many friends there who can't remember a "time before Hal".

He was married to Lucyle Kimmy,  who is deceased.

To order memorial trees or send flowers to the family in memory of Harold Ralph Sinn, please visit our flower store.