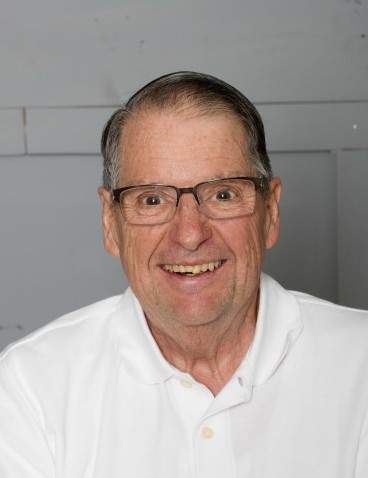 Jack returned to his heavenly home on June 15, 2016 from complications due to ALS. Jack was born on April 16, 1946 in Murray, Utah to Donald and Lucille Nicol. He was raised in Midvale, Utah and attended Midvale Elementary, Midvale Jr. High and Hillcrest High School.

He married his eternal companion, Marjorie Jane Grasteit, in the Salt Lake Temple on August 4, 1972. They lived in Sandy, Utah for three years then moved to North Salt Lake, Utah where they have lived for nearly forty years and raised their four children.

Jack spent most of his career working for Zions Bank. He retired in October 2015 after more than thirty years working for the bank.

Jack was anxiously engaged in family history work. He spent countless hours researching and compiling information for his ancestors and performing temple work in their behalf. His greatest joy came from spending time with his family. He was a devoted husband and father and an attentive and loving grandfather. He will be remembered as a man who was humble, patient, supportive, and kind.

He is survived by his devoted wife, Marjorie; his four children and their spouses: Ryan (Jeannie) Nicol, Spencer (Michelle) Nicol, Amy (Jason) Whyte, Darren (Erin) Nicol; brothers Paul Nicol (Kae) and David Nicol (Georgia); and sixteen grandchildren. He was preceded in death by his parents, Donald and Lucille, and the parents of his wife, Alfred and Hazel.

In lieu of flowers, Jack would love to have you donate to the LDS Humanitarian funds.

To order memorial trees or send flowers to the family in memory of Jack Von Nicol, please visit our flower store.