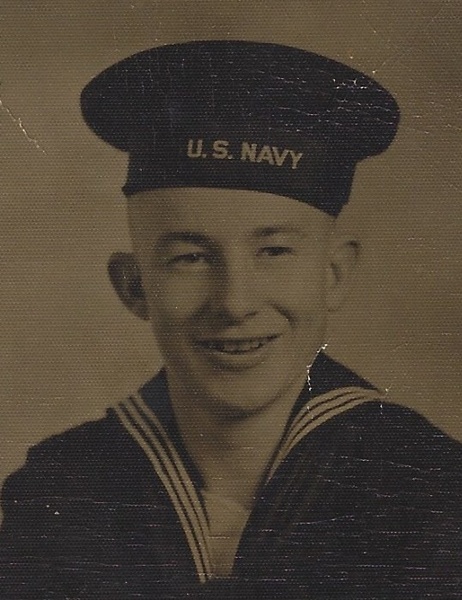 Jacob Clayton Hayden was surrounded by family when he passed away on Tuesday night (January 14, 2020). He was 94 years old.

Jake was born in Magna, Utah, on January 3rd, 1926 to Mark and Millie Fay Hayden of Tabiona. Jake spent his childhood riding horses and exploring the Uinta mountains where he lived. His summers were spent working with his grandparents at their cabin in Tabiona.

Jake enlisted in the U.S. Navy to serve in WWII when he was 17 years old.  His efforts to learn how to swim during basic training resulted in his loss of hearing in one ear. Despite serving 28 months aboard a ship in the South Pacific, he never did learn to swim. He did, however, leave his hometown of Tabiona (population of 452) for the first time in his life.
After his service he became an electrician and spent many years traveling and working for Union Pacific.

Jake was a devoted father to three girls. He loved spending his weekends bowling, horseback riding, camping, and fishing with his daughters.

During his nearly 30 years of retirement, Jake spent his time with his family and learning new skills and crafts. Some of his favorites included painting ceramics, working leather, gardening, and fly fishing. He also enjoyed teaching his grandchildren about wiring electronics - and serving witty critiques on their handiwork. He was endearingly known around the neighborhood as the 90 year-old man who took a daily two-mile walk with his dog.

There will not be a service at this time.

To order memorial trees or send flowers to the family in memory of Jacob Clayton Hayden, please visit our flower store.