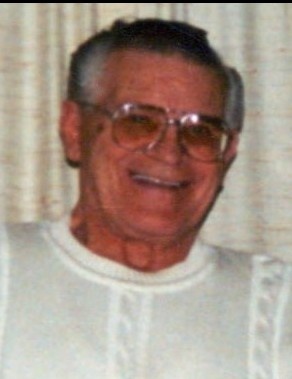 James Otis (Jack/Jim) Peavler died peacefully at home on Wednesday, February 19, 2020, in Taylorsville, UT due to complications from bladder cancer and dementia. He was 88 years old.

Jack was born on August 30, 1931 in Horseshoe Bend, Idaho to Elijah Homer and Ritta Dianna (Hoover) Peavler. His family moved to different locations during his childhood, including, Oregon, Wyoming, Utah, and Idaho. He went to Star Valley High School in Afton, Wyoming. It was while he and his family were living in Star Valley that Jack met his eternal sweetheart Maxine C Erickson.

Jack and Maxine were married July 22, 1952 in the Idaho Falls Temple, in Idaho Falls, Idaho. To their eternal union were born four children: Nancy, John, Ruby, and Virginia.

He worked at different jobs throughout his life including logging, sign posting, Maytag repairman, chimney sweep, mechanic, and janitorial. His favorite profession was truck driving. He was a long-haul truck driver for 18 years. He hauled different types of materials such as different types of steel, lumber, and tires. He made many friends wherever he went. Out of the lower 48 states, dad drove through all but two or three of them.

Making others smile through jokes and laughter was a talent Jack had all of his life. He had a natural talent with numbers, making up math problems for himself and helping his children do their math, even though he did not take those difficult math classes in high school.

James loved working with his hands and was talented in woodworking, painting, gardening, and fixing anything mechanical. He loved John Wayne movies, any western TV shows, or movies (from the 1970s and previous), reading the newspaper, and spending time with his wife. When they were younger, mom and dad loved to dance and went to every dancepossible. Their favorite type of dance was square dancing. They also loved to play games and in their later years spent a lot of time playing Rack-0, Chinese Checkers, reading the scriptures together, and listening to Country music.

He was proud to be a member of The Church of Jesus Christ of Latter-day Saints. He was baptized at 18 years old. He had a strong testimony of prayer and of paying tithing.

He was preceded in death by his parents, an infant sister, Martha Lee, sisters Wilma and Barbara, brothers Earl and Kenny, and son-in-law Paul Sadler.

The family wants to thank Rose and Shelly, the hospice nurses, for the love and care they gave James in his final hours; also, Aspire Hospice and Taunya Morris (Salt Lake County Aging), for all they did to make dad’s last years and months as comfortable as possible..

To order memorial trees or send flowers to the family in memory of James Otis Peavler, please visit our flower store.