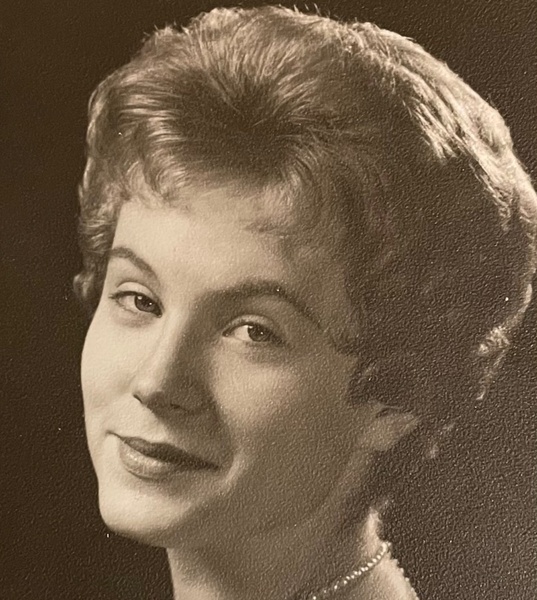 Janet Elaine (Peterson) Schwebach, 75, of Farmington, Utah, died Saturday, Dec. 18 after a long battle with dementia, she was surrounded by all of her children. Janet was born May 31, 1946 in Missoula, MT to John (Jack) H. Peterson, Jr. and Olive May Chaffin. She was proceeded in death by her parents and husband, Gerhard “Jerry” Hermann Schwebach.

Janet married Jerry on July 1, 1966 in the Salt Lake Temple of the Church of Jesus Christ of Latter-Day Saints. They first met in Germany as military dependents when Jerry was 16 and Janet was 14. They raised their family primarily in Colorado Springs, CO. Following Jerry’s death in 2008, Janet relocated to Utah.

The three things that mattered most to Janet were her membership and activity in the Church; her family; and spending time with friends and loved ones.

A graveside service will be held Thurs., Dec. 23 at 10 a.m. at the Bountiful City Cemetery located at 2224 South 200 West in Bountiful, UT. A light lunch and celebration of life will be held immediately following for all that attend.

We would like to thank the staff at Legacy House Assisted Living for their generous care in the months leading up to Janet’s passing; and the staff at South Davis Hospice, especially Carly (you’re an angel) for sacrificing her time to care for Janet all the way to the end. You were a blessing to both her and all of us.

To order memorial trees or send flowers to the family in memory of Janet Elaine Schwebach, please visit our flower store.