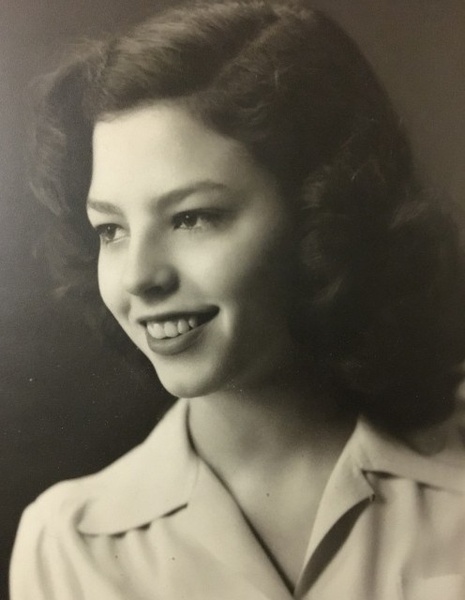 Her parents, Edwin F. and Helen J. Zabel, her daughter, Vicki Lynne Shepard, her half sister, Zora Anderson, her husband, Charles B. Shepard, her second husband, Woodrow L. “Woody” King, and her brother Edwin F. Zabel preceded her in death.

She spent her early years living in California and New York. She wished for an older brother and sister, as a child, and the eldest of three, and was delighted to discover that she actually had an older half brother and half sister when she was in high school. They became very close.

She met her first husband, Charles Baumert Shepard, at Pomona College in California. They married in a California ceremony in her parent’s backyard on August 13, 1953 after she graduated with a Bachelor’s degree in Art History.

After her children were born, she worked part and full time as a bookkeeper and in the cafeteria of the elementary school across the street. She found teaching moments with chess, sewing, and mythology. She actively supported her children in 4-H and Cub Scouts. She learned to stretch her dollars by attending garage sales. She was an avid reader. She instilled a love of the outdoors, hiking, and books in her children. She was a compassionate person to family, friends, and even a stranger in need.

Her half brother Patrick Zabel decided to live on the same block where she raised her children; his wife, Martha, was her best friend. When Pat and Martha and their four daughters moved to Arizona and Texas, she and her son, Roy, joined their family for a couple of years. She persuaded her husband, Charles, to retire to Summit Lake, Colorado. where they built a house with the help of Roy.

After her 30 year marriage ended, she moved back to California to help her mother. She returned to Colorado and married a fellow Californian, Woodrow L. “Woody” King. One of her most momentous hikes in Colorado resulted in finding, leaving and reporting a skull to the authorities. They acknowledged that it was from an ancient Indian. Eventually in 2009, due to Woody’s health needs, they moved to Arizona. She moved to Utah in 2015 where she spent more time with her daughters and their children hiking, walking, puzzling, and playing scrabble. Another hike in the hills near Palo Alto found her and her daughter face to face with a mountain lion.

Thanks to the caring people at Bristol Hospice and the Wentworth at Willow Creek who strived to make her feel comfortable and loved. Donations to the charity of your choice would be a fine remembrance for her.

She passed away on December 30, 2020. There will be no memorial service. Her ashes will be scattered on a hike at a future date as she requested.

To order memorial trees or send flowers to the family in memory of Janet Edwina Shepard, please visit our flower store.
Send a Sympathy Card