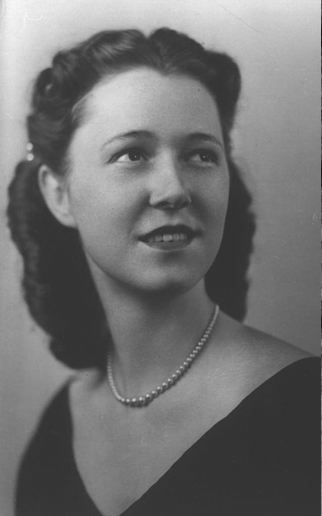 After high school, she attended Idaho State College and met her husband-to-be, Veryl, in an English class. While he served in the Navy, she graduated from Utah State College and waitressed in Sun Valley, Idaho. They married on July 6, 1945. Their marriage was later solemnized in the Idaho Falls Temple. After WW II, they moved to Boulder, where Veryl completed a PhD at the U of Colorado, then back to Pocatello where they raised their family.

A big believer in education, Jeane returned to university in 1969, earned an MA in Clothing and Textiles, then taught at Idaho State. In 1979 she and Veryl moved to Denver, and later to Sandy in 1993. For the last three years she has lived in Bountiful.

Jeane’s interest in history led her to travel widely, not only within the U.S., but to Canada, Mexico, and Europe. Always service oriented, she put her ample skills to work as a faithful member of the LDS Church, a costume coordinator for summer musicals, a founder of the Utah Chapter of the American Sewing Guild, and a frequent contributor to various charitable groups. She will especially be remembered for the countless quilts, dresses, and book bags she sewed pro bono. She was also well loved for her home-made chocolates, a family Christmas tradition she kept alive for well over sixty years by involving numerous family and extended family members. Those who knew her value her wit, inquisitiveness, and generosity.

Funeral services will be held Sat., July 30, at 11:00 am at the LDS Alta View Chapel, 1970 East Viscounti Drive (8600 S) in Sandy. A viewing will be held at the chapel at 9:30 am. Interment in Sandy City Cemetery. In lieu of flowers, the family invites donations to the Perpetual Education Fund of the LDS church.

To order memorial trees or send flowers to the family in memory of Jeane Larsen, please visit our flower store.