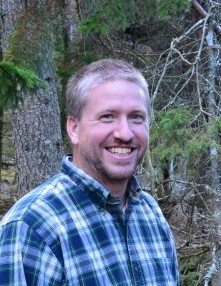 Jeremy was born in Bountiful, Utah to Steven James Manning and Elna Elizabeth Ridges Manning. He escaped this mortal realm and continues on his eternal journey. He grew up in North Salt Lake, Utah attending Orchard Elementary, South Davis Jr. High and Woods Cross High where he excelled at track. He was active in scouting in his younger years and graduated from Seminary. He worked in Zion National Park with the search and rescue team. Jeremy had a great love for the out of doors. He enjoyed climbing, backpacking, 4 wheeling, hiking and camping with his family and friends. He told the most entertaining stories around the campfire. He was an avid gamer and a computer enthusiast. He could answer any computer question put to him.

Jeremy married Penny Donaghy in 2003. They were later divorced. Jeremy lived in Machias Maine near the ocean where he worked for Axiom Technologies providing critical broadband services to rural communities. He was the proud father of Kennedy Abigail Hunt, Izabelle Trinity Manning and Irish Benjamin Manning. He loved his children with all his heart. Jeremy gave the best bear hugs. Jeremy met his soulmate Nicole Lynn Look to whom he got engaged on the day of the solar Eclipse. He had many happy times with her and her two sons Colin and Connor. He was like a father to Colin and Connor and they were looking forward to him being their father. He enjoyed raising chickens and growing a garden.

It is very expensive to ship Jeremy from Maine to Salt Lake. To help with these expenses we have opened a memorial account at Mountain America Credit Union in the name of “Jeremy Manning Donation” or a Pay Pal monetary gift to tylerwiseman78@gmail.com or Venmo to lisa-kolanko, or directly to the funeral home using the using the "Appeal for Donations" button with this obituary.

To order memorial trees or send flowers to the family in memory of Jeremy Elliott Manning, please visit our flower store.
Send a Sympathy Card