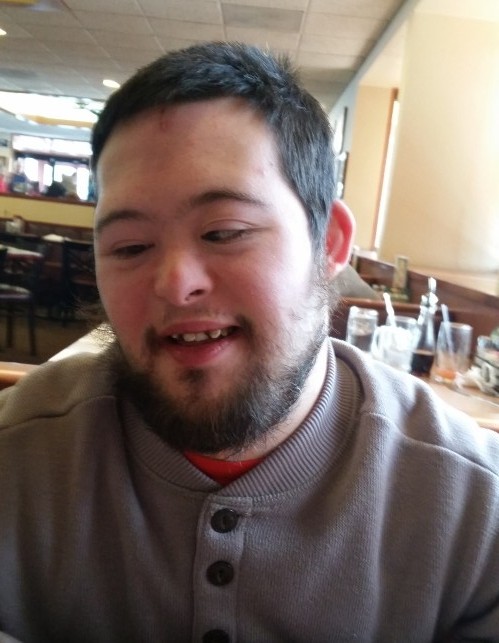 Jessie A. Zitzelberger, Layton Utah, resident, passed away quietly from a brain aneurysm, Thursday, April 27, 2017 at Davis Hospital and Medical Center, at Layton, Utah. He was 30 years old. Jessie was born on August 22, 1986, at Clark Air Force Base, in the Philippines. Jessie was diagnosed with Down syndrome and Autism when he was born.

Jesse graduated from the Students Transitioning for Educational & Personal Success (Steps) High School program in Farmington, Utah on May, 23, 2008. Jessie moved to his new home with the CTA Community, in Layton, Utah, in 2005. After he graduated he volunteered at a variety of jobs. He especially enjoyed volunteering at the local animal shelters.

He was a member of The St. Mary’s Catholic Church in West Haven, Utah. He loved books, listening to music, going to the local amusement parks, eating out with his dad, and being with friends and family. Jessie was a sweet and loving person who was always ready to give a hug or a fist bump.

To order memorial trees or send flowers to the family in memory of Jessie A Zitzelberger, please visit our flower store.
Send a Sympathy Card