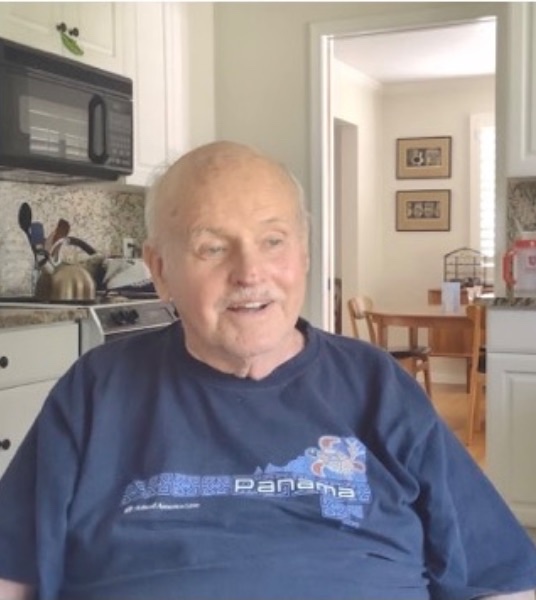 On February 23 at 4:00 am, our beloved Jimmy Lee Bybee, passed away at home. It was a very windy night all the way into morning, the kind of weather that might carry you away. Though he was strong physically and in spirit, his body succumbed to the effects of dementia. The disease stretched out over a long period of time, but more recently he became debilitated and was on home hospice care. He was surrounded in love by his wife, Marion, his daughter, Suzanne and her partner, Richard.

Jim was born on July 3, 1937 in Anaconda, Montana to Clenden Thompson Bybee and Ethel Bybee (Harper). He was welcomed into the family by his older sister Elaine who was always his best friend and partner in fun.

They moved to Lima, Montana and eventually to Pocatello, Idaho following the job trajectory of Clenden, working as he did for the Union Pacific Railroad. The family grew with the arrival of new siblings over time – treasured brothers and sisters, Vernon Ray, Marie, Gary Lynn, and Lori. He loved his family very much and many happy times were had by all.

Trains loomed large in Jim’s life; the tracks were literally behind their little house on East Bryan Road. He and his family rode the trains all over the place. Everyone knew his Dad, C.T., and for a time, those trips were free and travel to and from “Poky” (Pocatello) could be an adventure.

He attended Pocatello High School, graduated, and then went to Dartmouth College in New Hampshire in pursuit of an Engineering degree. It is here that he met Marion Frances Neu who was attending nearby Green Mountain College. A memorable blind date led to more serious intentions and eventually in October of 1959, after graduation, they were married. They were together all this time and rarely were apart for long.

Jim served in the Navy right out of college, traveling to faraway places, learning navigation and adjusting to life on a destroyer. He also had a talent for woodworking, and in between duties, he could be found in the naval shop making furniture.

After serving as Lieutenant JG in the Navy for three years, he went to graduate school at UCLA receiving his Masters in Engineering. Alongside this he set out on his career path as an Electronics Engineer, transitioning into Computer Engineering, creating, designing and developing hardware and software. His world was the early days of punch cards and hydraulic fluid spilling out from test systems. His specialty was the hardware and software design of automated test equipment for aircraft hydraulic flight controls. He received four U.S. Patents for the unique methodology he designed into these test systems.

Jim and Marion settled in Mission Viejo, California where they brought up their daughter Suzanne. It was a good life there; they enjoyed lots of good times and had wonderful neighbors. They were in their home for 49 years.

Once Jim and Marion retired, they embarked on many travels all over the world. They met so many wonderful people and chronicled their trips (many of which were on cruises) with photos of sites in the United Kingdom, including the Cotswolds and Scotland, Ireland, Tuscany, the Loire Valley in France, the Rhine in Germany, the Alhambra in Spain, St. Petersburg, Norway, Sweden, Turkey, Greece, Egypt, China, South Korea, Japan, Antarctica, the Amazon, Australia, New Zealand, and Canada. Such wonderful and memorable travels!

Jim’s smile and contagious wit were a delight. His intelligence and generous spirit spilled out into lively conversation and wonderful stories. We loved his laugh, his appreciation of all kinds of music, and his desire to be open to new ideas and experiences.

Even in moments of disorientation, Jim could be transported to the Pocatello of his youth and even to his grandma’s house in Anaconda, Montana – the smell of bread baking in the oven, what it was like visiting the big house on 410 Oak; it was wonderful to be there with him in his memories. We will always remember him and he shall be sorely missed.

Jim is survived by his wife Marion, his daughter Suzanne (Richard Layman), sisters Lori Armstrong and Marie Jacobson both of Missoula, Montana, and numerous nieces and nephews. He is preceded in death by his parents and his siblings: Elaine Worley, Vernon Ray and Gary Lynn.

The family would like to thank Community Nursing Services, Home Health & Hospice for their wonderful hospice care of Jim. Please make a donation in remembrance of Jim to this non-profit agency. They can be contacted at the following website: www.cns-cares.org

Thanks, thanks to thee, my worthy friend,

For the lesson thou has taught!

Thus at the flaming forge of life

Our fortunes must be wrought;

Thus on its sounding anvil shaped

Each burning deed and thought.

To order memorial trees or send flowers to the family in memory of Jimmy Lee Bybee, please visit our flower store.
Send a Sympathy Card