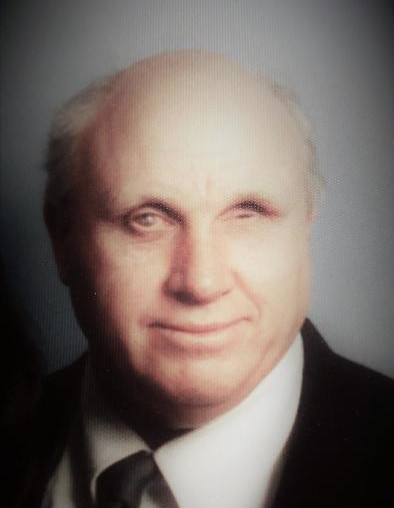 John Elvin Barrett, son of the late Robert Philip Lawhon and Alice Mae Spinks was born on March 24, 1945 in Beaumont, Texas. On August 3, 2017, he returned to his Heavenly Father and while leaving us a little heart broken, he is now reunited with family and friends. John is survived by his one and only true love of his life, Donna Lavon Barrett; their seven children: John E. Barrett and his wife Sarah of Littleton Colorado; Lori A. Brown of Murray, Utah; Mary E. Moellmer and her husband Jeffrey of Tomball, Texas; Matthew M. Barrett and his wife Mindi of Eagle Mountain, Utah; Mark W. Barrett and his wife Minoanna of Riverton, Utah; Michael L. Barrett and his wife Emily of San Diego, California; Jerome P. Barrett and his wife Angela of Layton, Utah; 26 grandchildren. John is preceded in death by both his parents, his step-father, George Barrett, brothers Albert David Lawhon, Phil Hart, and Phil Barrett, and his Uncles Jerry and Elvin Spinks.

John was born with a fighter personality that served him well throughout his entire life. He naturally took the lemons which life gave him and made the sweetest lemonade, a character trait he passed on to his children and grandchildren.

John ran cross country each year of High School and each year was awarded state champion. One year, he held hands with his brother Phil as they crossed the finish line together for a first-place tie.

At the age of 17, John received permission from his mother to enlist in the United States Marine Corps and served three tours in Vietnam fighting for the country and freedoms that he cherished.

On June 17, 1972, not long after returning from Vietnam, John met and married Donna Lavon Leytham. They were married in Las Vegas on their first date and were together for 45 years this past June.

Soon after their marriage, John lost his eyesight in a tragic accident, challenging not just him, but his new bride. Donna too has a fighter personality and chose to stick by John’s side. Both John and Donna loved children and started a family which grew as the years passed.

John joined the Church of Jesus Christ of Latter Day Saints and devoted many hours to studying scriptures and quickly learned he wanted to dedicate his life to the Lord. Later John and Donna were sealed in the Manti Temple for time and all eternity.

As John struggled with the loss of his eye sight, he turned to education as a solution to provide better for his family. John achieved two Associate’s degrees, a Bachelor’s degree, and most of the course work for a Master’s degree. John was an excellent student, inspiring and shocking many people along the way, as he succeeded despite his disability.

John loved sports, especially football. He loved fishing, and used the time waiting for the fish to bite to reflect and ponder many things.

More than running, education, sports, and fishing, John loved his family and taught his children everything he could. He was their tutor for school, their disciplinarian, their partner in worldly and spiritual battles, their encourager, and their biggest fan. He leaves a legacy of encouraging sayings, sound structure, many jokes, and fond memories.

Not only was Grandpa’s immediate family important to him, so were his brothers, sister, and their children. Grandpa’s riches in this life came from the connections he maintained with all of them. He is survived by his older brother Bob Barrett, wife Tommie, and their three children Teresa, Vivian, and Joe; His older sister Mary Franks, her husband Jackie, and their two children Kathy and Johnny; his younger half-brother Tom, his wife Paula, and Tom’s three children, David, Dan, and Bill; his half-sister Phyllis; his Niece Lisa Barrett and Nephew Jason Barrett; and many relatives, in-laws, friends, and loved ones whom he called family. Preceded in death by his dear friends Ernie Hughes and Tom Wimberly.

Life was always hard for Grandpa, but family was always number one. He enjoyed many hours, experiences, and joy in loving and serving us.

In Grandpa’s final moments, he was reassured that Grandma was well taken care of and surrounded by his wife and children, singing the words, “There is beauty all around, when there’s love at home”, he passed away peacefully.

Grandpa will be missed terribly by each of us. He taught us all to love life and fight our battles with integrity and valor. Courage and independence were ingrained in each of us into the fabric of our upbringing and is being passed on to the next generation.

To order memorial trees or send flowers to the family in memory of John Elvin Barrett, please visit our flower store.
Send a Sympathy Card